Dipset’s Juelz Santana is proud of his daddy duties and is not letting a publicized child support arrest warrant bring him down. The hip-hop veteran has spoken up in light of his headline-generating situation. 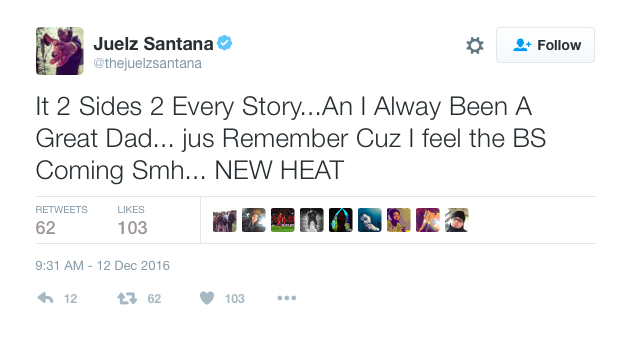 Hours ago, buzz developed about law enforcement having the green light to arrest Santana on a child support-related matter.