UPDATE: Ghostface Denies Involvement In Action Bronson Confrontation: “I Never Sent The Wolves On Him”

Wu-Tang Clan’s Ghostface Killah has cleared the air on his alleged involvement in having an affiliate face-off with rap rival Action Bronson this week.

Ghost jumped onto his Twitter page Wednesday (August 12) and flat out denied his involvement. A picture of Bronson being confronted by a Wu associate emerged Tuesday (August 11) night. 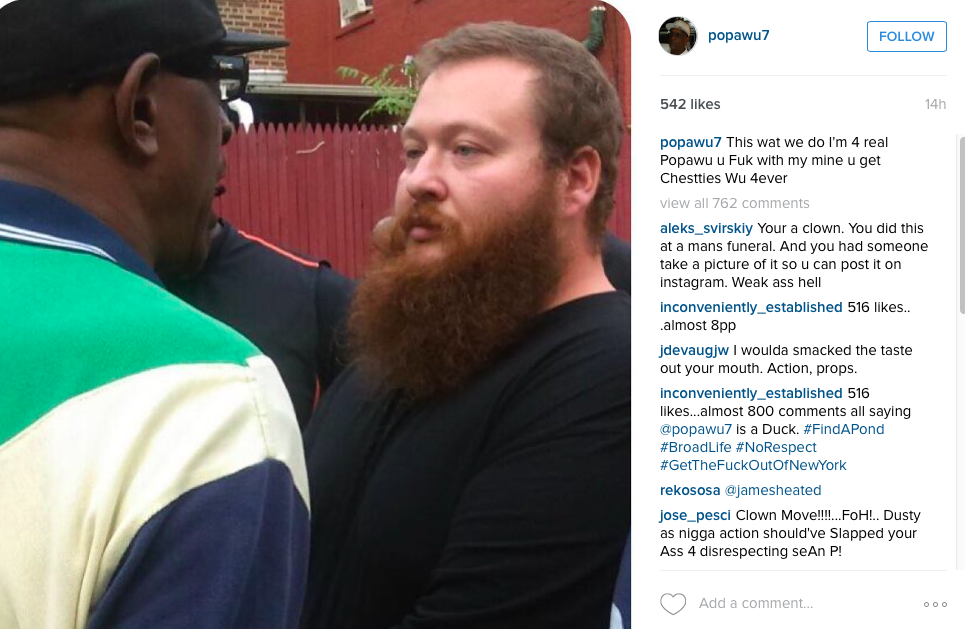 Ghost revealed he had not accepted Bronson’s open apology in an interview last month.