Atlanta rapper Future has put a swift end to rumors and speculation about hooking up with vixen Blac Chyna. 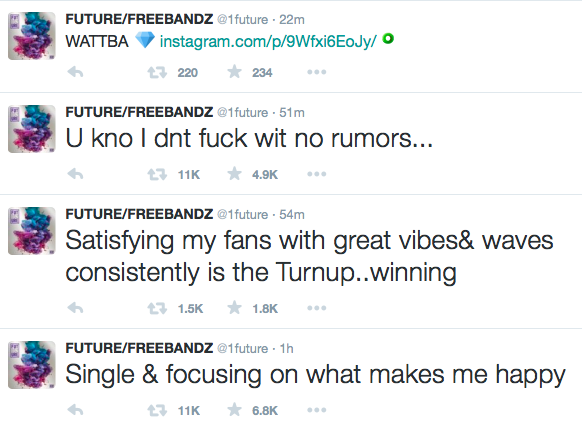 Reports this week claimed Chyna’s ex-boyfriend Tyga did not have any issues with her dating Future.

The two collaborated on a hit record — “Show You” — and they’re friendly, so on the surface it would seem Future violated the bro code by taking down Blac Chyna.
But our Tyga sources say he’s made it clear he gives “zero f***s” about Future’s relationship with Chyna. He’s in hook, line and sinker with Kylie and that’s the only woman he cares about. In fact, we’re told he’s open to collaborating with Future on another song … which just makes him not stupid. (TMZ)

Chyna revealed a tattoo, allegedly in Future’s honor, on Instagram a couple days ago. 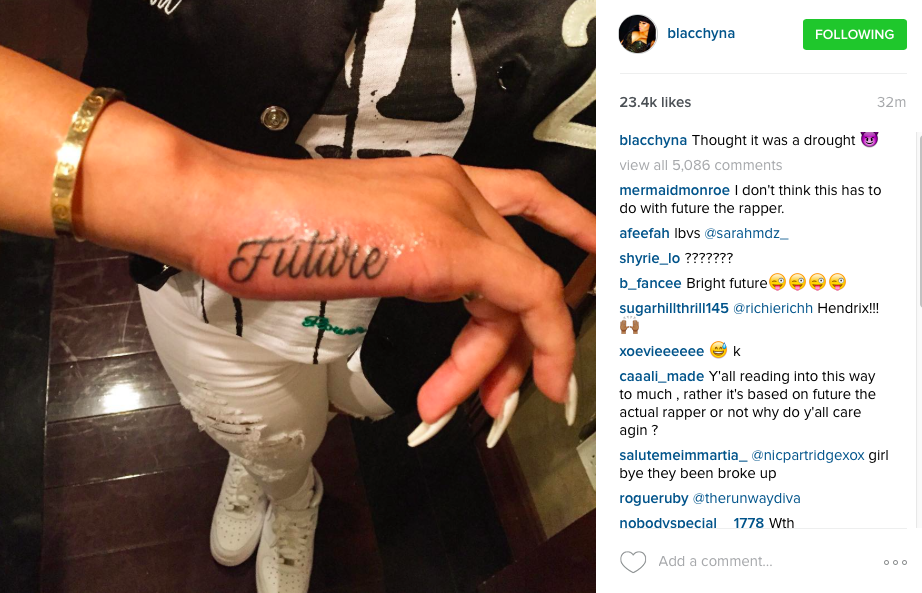 A few weeks ago, Future and Chyna were both spotted together in Washington, DC.

Future and Blac Chyna were definitely together Friday night in D.C., and it’s pretty clear now they’ve hooked up. Future had a concert at Echo Stage … then went to his after-party where Chyna was right by his side.
We’re told they were there for around an hour … never apart. Future and Chyna left together at 4 AM. (TMZ)