Odd Future‘s Tyler, the Creator and Earl Sweatshirt have reunited and it looks so good. This past weekend, the one-time temporary rivals reminded fans of their longstanding bond during a surprise Camp Flog Gnaw Carnival set.

Last night at Tyler, the Creator’s Camp Flog Gnaw Carnival, Tyler and Earl Sweatshirt—who joined forces this September to revive EarlWolf track “Orange Juice” at One Love—reunited once again. This time, the duo performed a full set. In a “surprise” slot on the bill (incorrectly rumored to be reserved for Frank Ocean), they ran through “Couch,” “Orange Juice,” “Rusty,” and many more. (Pitchfork) 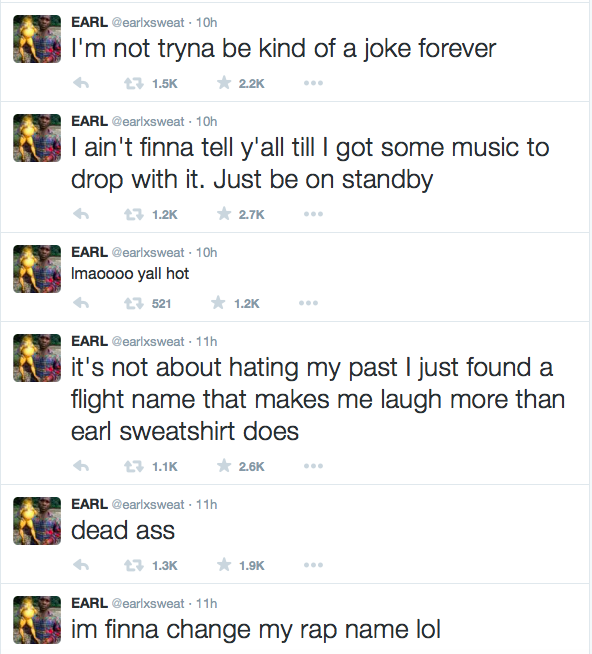 In a past interview, Sweatshirt talked about focusing on his solo career instead of estranged hip-hop group Odd Future.

“Right now, I’m really trying to set my own two feet down as me,” he says. “The OF thing follows you – it’s viral – even though not one thing I’ve done in the past couple years has been focused on OF.” Are they like a family you love but want to escape? “Yeah,” he says, wearily. “It’s my teenage boy club that got famous that I’m trying to not be defined by.” (The Guardian) 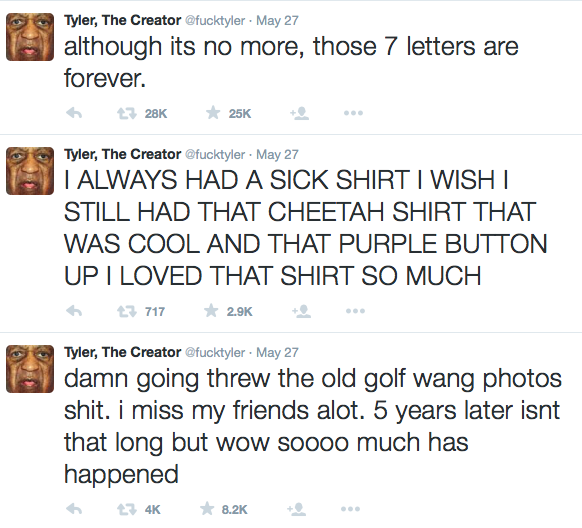 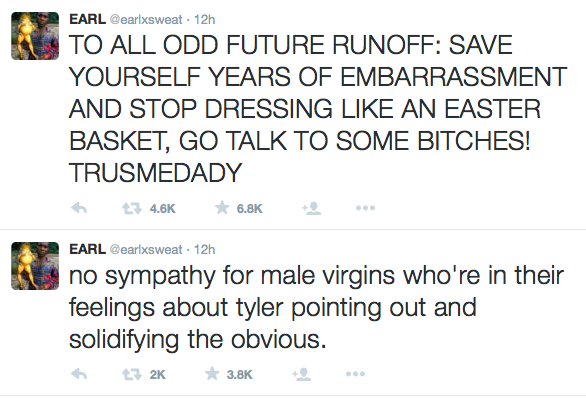