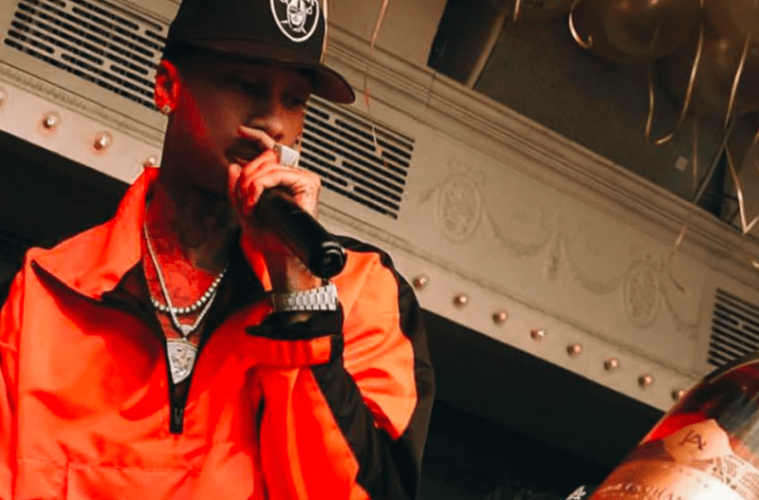 G.O.O.D. Music‘s Tyga and Desiigner have turned the Big Apple into New Rack City. The pair of Kanye West protégés have social media buzzing after bringing stacks of cash to a Gucci store this weekend.

Tyga tossed up footage Saturday (September 10) of himself and Desiigner flaunting their wealth at the high-end luxury fashion store.

Riddled with Desiigner ad-libs first made famous on “Panda,” “Gucci Snakes” is yet another money-making anthem for King Gold Chains. “High fashion,” raps T-Raww. “All my ni**as wildin’ / What’s the difference between Rolls-Royce and a Bentley, ni**a? About 100,000.” The “Kingin” star goes on to brag about spending “10 bands on Gucci” and playing Gucci Mane in his “brand new Wraith” on the track, which he and Desiigner performed for the first time at New York’s Highline Ballroom last night. (Rap-Up)

A few nights ago, Kanye West announced Tyga’s addition to the team.

The face of G.O.O.D. Music revealed that Tyga is the newest addition to the label. Moments after that news, G.O.O.D. Music President Pusha T took to the mic, announcing Migos are signed to G.O.O.D. Music management. No additional details are know, but the Atlanta trio of Quavo, Takeoff, and Offset are currently signed to Quality Control as artists, with 300 Entertainment handling their distribution. (Miss Info TV)

Tyga is the newest signee of GOOD Music.

here it is folks pic.twitter.com/qNGRLe78k0