Model Jordan Ozuna is going to give the gossip blogs a weekend off. The curvy vixen has stepped up to address steamy pics of herself and rumored overnight love interest Tyga.

Jordan went to Instagram Friday (April 21) and laughed off the social media gossip.

Pics initially surfaced this week of Jordan and Tyga together following a dinner date.

Tyga has the perfect way to get over Kylie Jenner … just find a new model. He did dinner with a mystery brunette at Serafina Sunset in WeHo Thursday evening, and the attraction was obvious. Not only was Tyga staring her down like she was dessert — and maybe she was — the chick looks very familiar. Young, busty, shoulder-length dark hair with a love for skin tight jeans — and best of all — loves to rock crop tops. (TMZ) 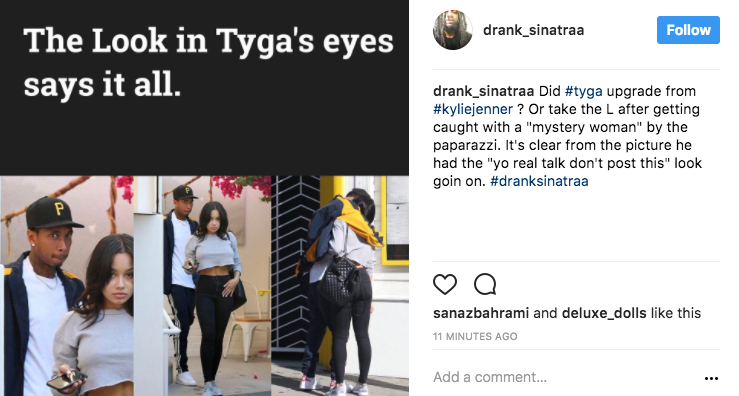 A few days ago, Tyga’s ex-girlfriend Kylie Jenner trolled social media with a pic of herself surrounded by men. 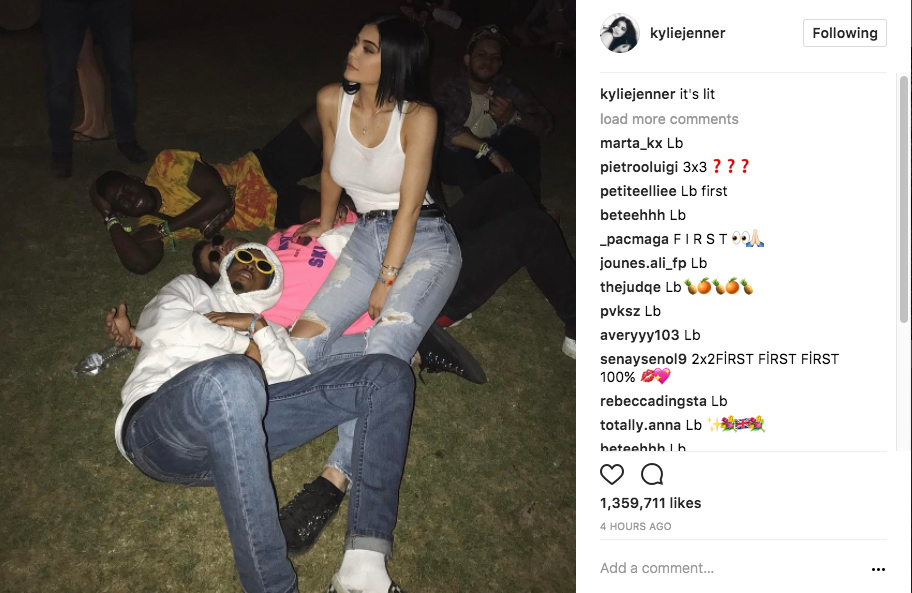 Multiple sources confirm to PEOPLE that the Keeping Up with the Kardashians star and the rapper are currently in an off phase of their on-and-off relationship. “They tend to take little breaks all the time and then get back together,” says one insider. “It’s definitely possible they’ll work things out again.” (People)