According to reports and pictures, Tyga hooked Kylie up with a Ferrari.

Kylie’s boyfriend, rapper Tyga, gave her the white sports car outside of the West Hollywood nightclub Bootsy Bellows where the teen was having her party on Sunday. The lavish car was even decked out like a present with a big red bow. The gift appears to be a Ferrari 482 Italia, a $320,000 Italian super car. (People)

Reports claimed Tyga purchased the truck for Kylie in honor of her upcoming birthday.

Kylie Jenner was seeing red for her 18th, courtesy of Tyga, who gave her a spiffy, cherry G-Wagon, which she drove to Nobu during a big Kardashian birthday bash. Tyga went to a dealership Friday afternoon and picked up the fancy Mercedes, which stickers for $115,000. The fam celebrated at Nobu in Malibu, and just about everyone was there. (TMZ)

Kylie killed rumors about working on a secret album with Kanye West and Tyga earlier this summer. 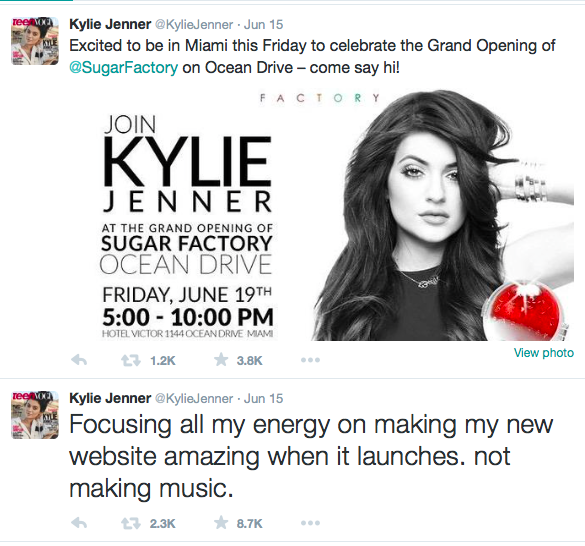