Young Money’s Tyga is keeping his celebrity teenage girlfriend Kylie Jenner close to him amid shots fired his way from rap rival Mon$tarr.

Footage of Kylie and Tyga snuggling up surfaced across social media this past weekend. 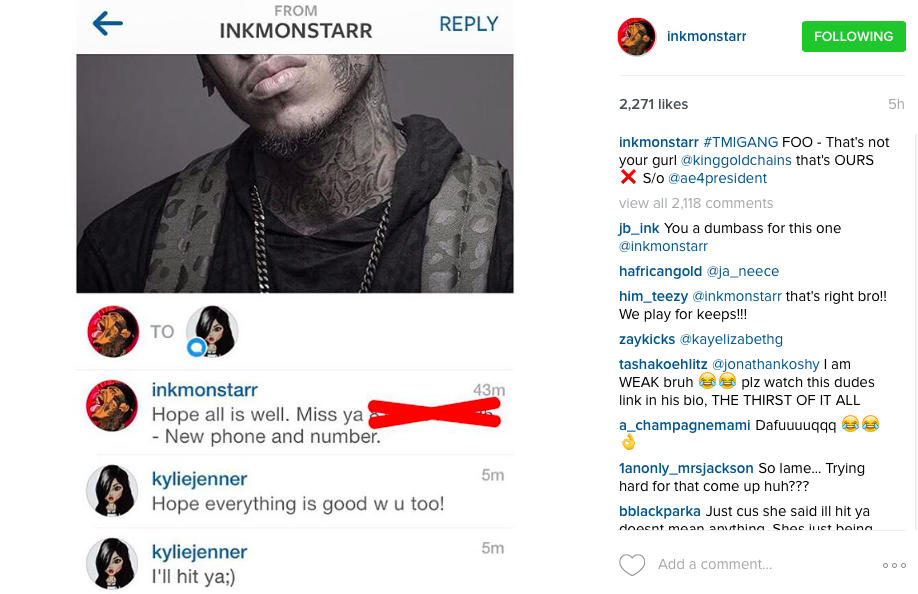 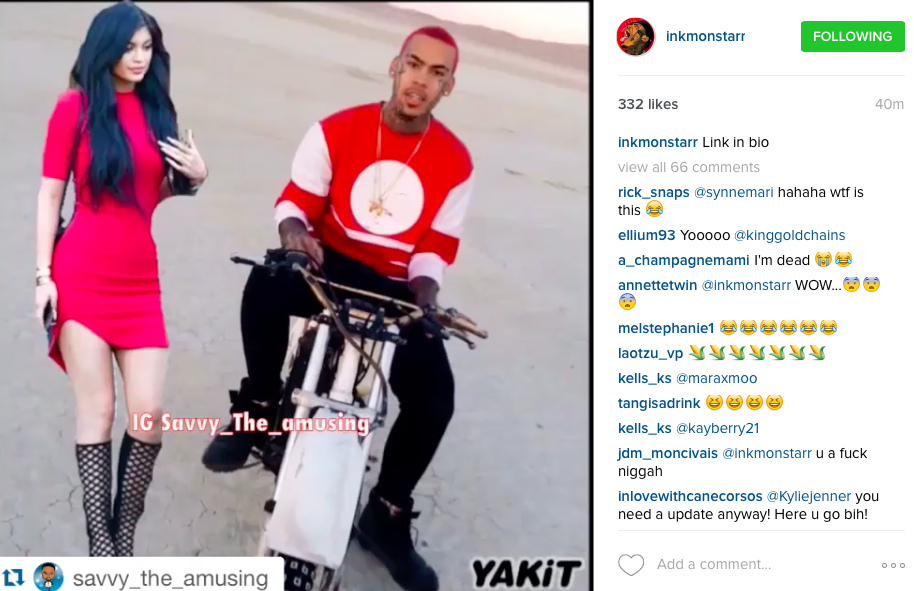 #PressPlay: Don't know what the beef is but he ain't have to do #KylieJenner like that tho!! #Tyga #InkMonstarr (He's known to be a lil cray)

Kylie Jenner left very little doubt that she’s dating rapper Tyga, as she appears in the suggestive new music video for his highly crude track “Stimulated.” The video, which dropped Sunday, shows Jenner all over the hip-hop artist, essentially flaunting the widespread rumors that they’re in a relationship. (NY Daily News)

“I think at 16 I was probably f*cking someone that was in their 20s, for sure. I wouldn’t say I was even dating, probably just sleeping with them. But again Kylie is not a normal 17-year-old. You’re not gonna say, “Hey, so what are you doing this weekend?” and have her say, “Having a slumber party at my girlfriend’s,” or “Going to prom.” That’s not what Kylie does. Kylie is taking business meetings and bought her first house, or she’s going on a private plane with Karl Lagerfeld to take a meeting. That’s not even what people do in their 30s. It’s a rare circumstance, so let’s treat this as a special case.” (Complex)