Search
Menu
1.6k Views Comments Off on Tyga Gets His Girl Back, Releases Kylie Jenner Bedroom Pic: “They Always Come Back…”
Share

Tyga teased Instagram followers with a pic of Kylie on the edge of a bed. 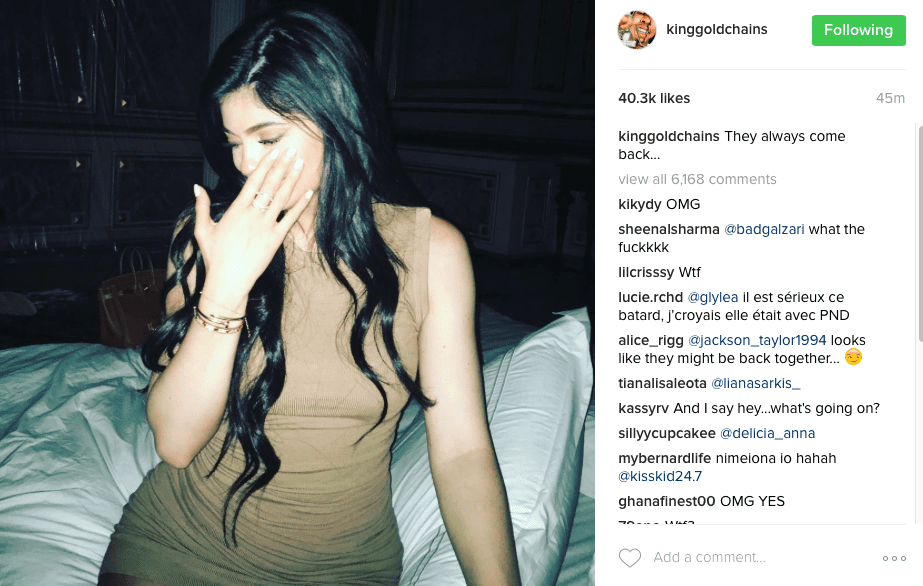 The OVO Sound crooner took to Snapchat to premiere the steamy video for “Come and See Me” co-starring Kylie Jenner. It features intimate scenes of the rumored couple making out in the rain, further fueling talk of romance between them. The visual also includes cameos from another rumored couple, Big Sean and Jhené Aiko, and product placement spots for Kylie Cosmetics and Drake’s Virginia Black whiskey. (Rap-Up)

“When you’re in a very public relationship like that, it’s hard for other people to see you differently. Being in that, it took a lot from me, just, career-wise and everything. It overshadowed a lot of my talents and a lot of things I worked hard for.” (Real 92.3)

Recently, Jenner shut down buzz about her and Tyga’s rumored sex tape coming out.

“Everyone’s like, ‘Leak the sex tape.’ Guys, you’re never going to see a sex tape from me. It’s not gonna happen, so.”

Comments Off on Tyga Gets His Girl Back, Releases Kylie Jenner Bedroom Pic: “They Always Come Back…”