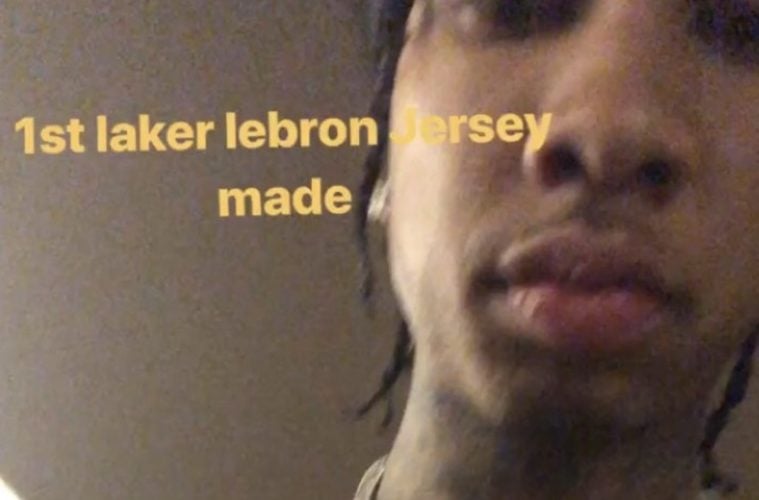 G.O.O.D. Music’s Tyga isn’t waiting until basketball season to flex his love for the game. The hip-hop artist has stepped forward to share a huge co-sign for Los Angeles Lakers’ LeBron James.

Tyga went to Instagram this week with a slideshow of pics donning King James’ newly made jersey.

1st offical @kingjames Jersey made🔥🔥.Thank you @lakers @jessebusslal for this 1🤘🏾🤘🏾

Despite the hype, an anti-Bron fan vandalized a mural made in his honor.