Young Money‘s Tyga has decided to celebrate girlfriend Kylie Jenner‘s birthday a little earlier than expected and gifted her a pricey Mercedes Maybach this weekend.

Jenner showed off her must-see gift on social media.

“It’s really the thought that counts, you know what I mean?,” Tyga responded when asked about what birthday present he has for Jenner. “[New car?] I don’t know. [Diamond ring?] I don’t know. We gotta see. [A TV special coming?] I don’t want to give it away.” (“Hollywood Today Live”)

As of late, Kylie has kept busy linking up with Tyga on multiple outings. 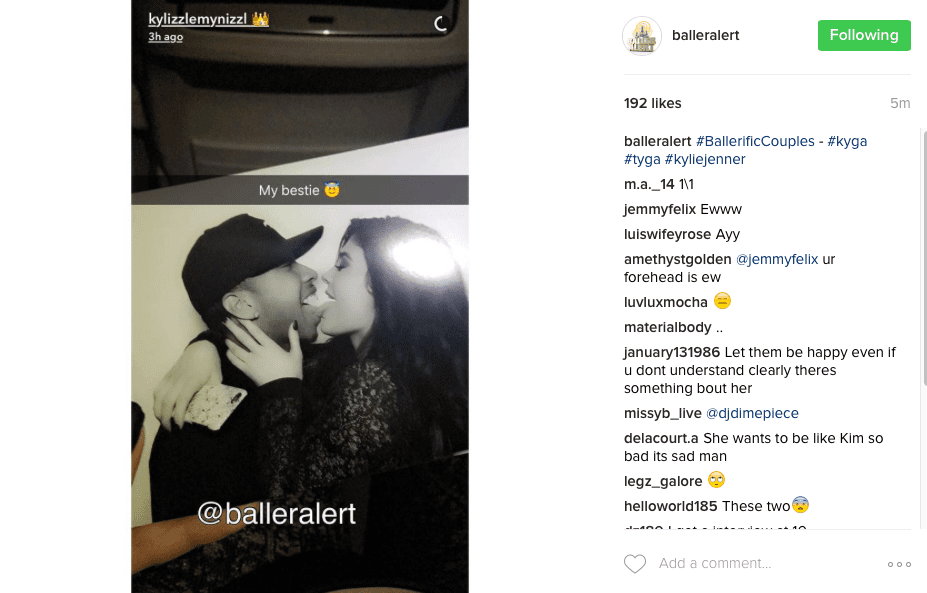 Last weekend, footage surfaced across the Internet of Kylie feeling on Ty’s chest.