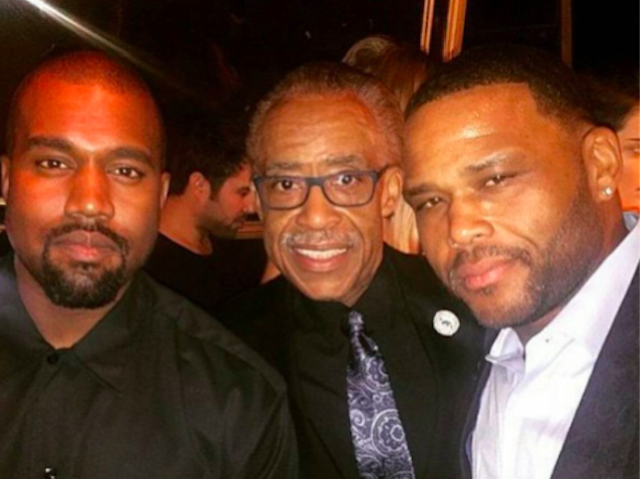 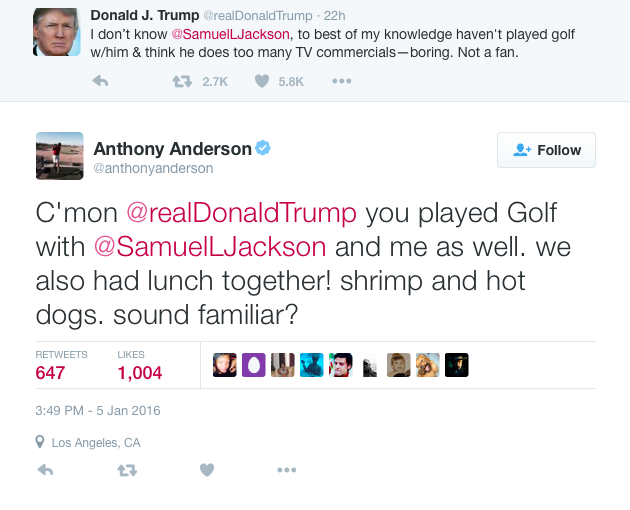 In late December, actor/singer Tyrese went off on Trump via social media. 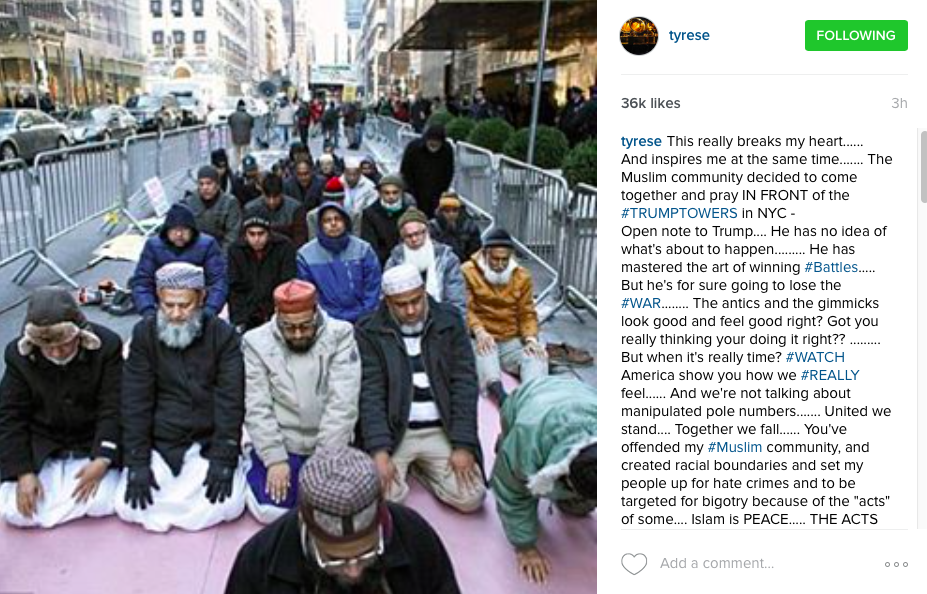 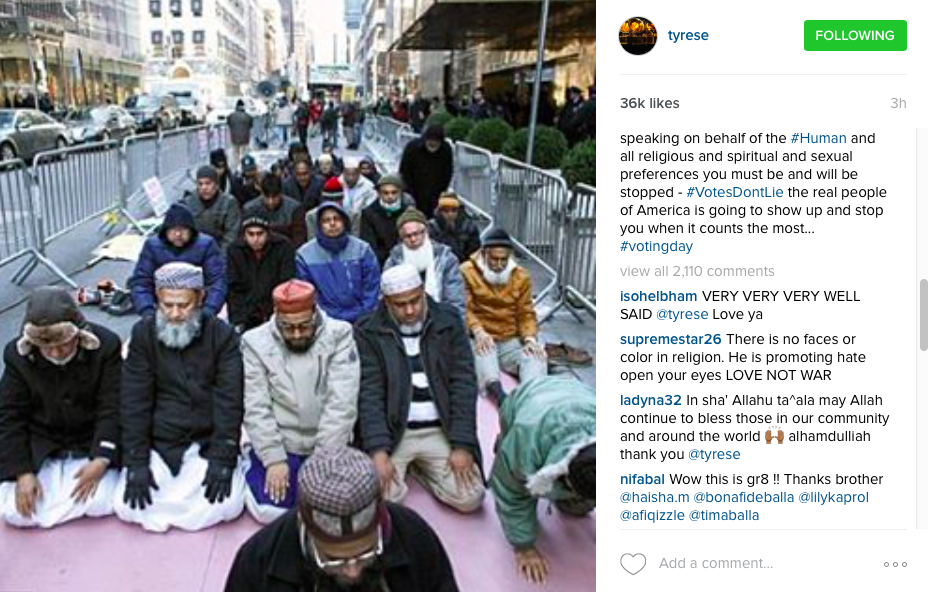 “Hillary Clinton and Bernie Sanders, right now to me, are class acts in my book. You got someone like Donald Trump. Whether he wins or loses, Trump is doing this for his brand. You’re sitting back watching someone who should have been out of the race a long time ago based on his actions and everything he does bumps him up in the race because people love it. This is America, we love entertainment. This is no different than his reality show – when I see Hillary Clinton and Bernie Sanders, I see people that actually care about the people” (CNN)

In mid-December, Pittsburgh rapper Mac Miller pleaded with Twitter followers not to vote for Trump in the 2016 presidential candidacy. 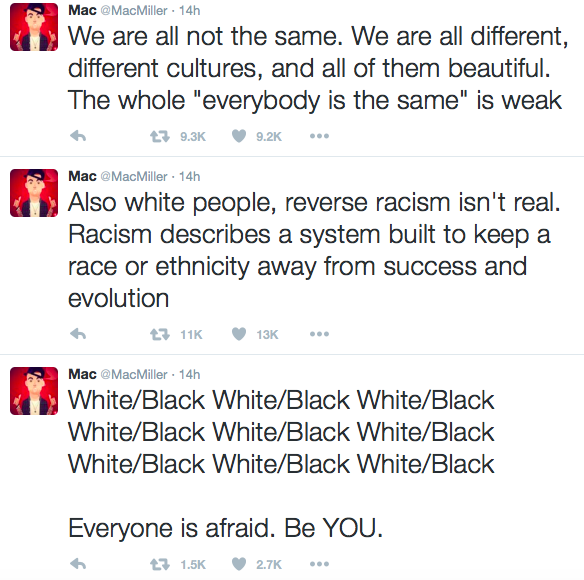 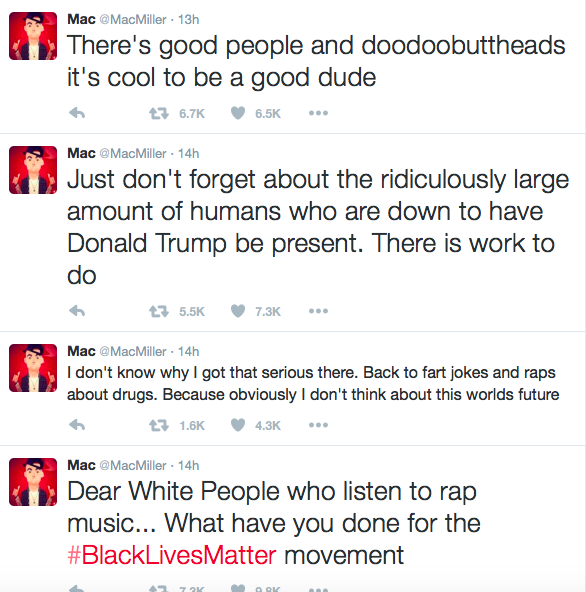