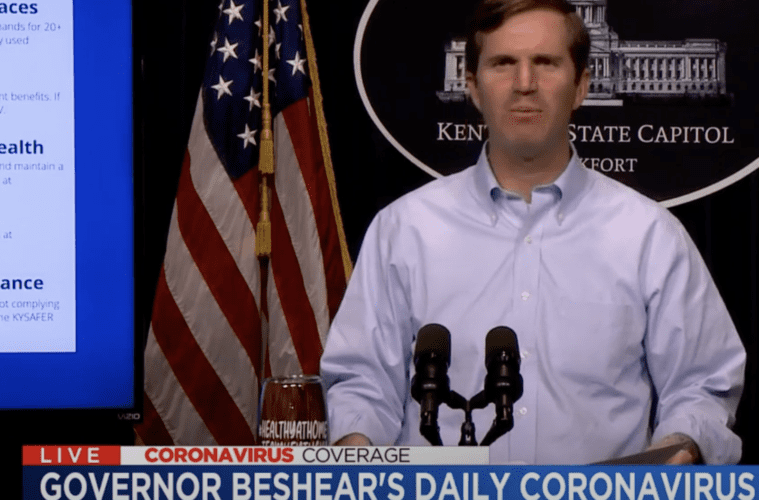 Tupac Shakur Filed For Unemployment In Kentucky + Governor Freaks Out

Late music icon Tupac Shakur is making headlines this week. New reports claim the governor of Kentucky had a mild meltdown after finding out a man by the same name filed for unemployment in his state.

According to reports, the drama went down this week during a press conference. Governor Andy Beshear reacted to a Tupac Shakur filing for unemployment and thought it was a joke.

According to Beshear, a few “bad apples” including a person who filed an unemployment claim under the name of the late rapper Tupac Shakur are responsible for slowing down the state’s unemployment processing. He blamed people who “think they’re funny” for making “thousands of other people wait” for their unemployment payments. (NBC News)

On Monday, Governor Beshear took the situation personal. Andy blamed the ‘joke’ for slowing down the process for people filing for unemployment.

“We had somebody apply for unemployment for Tupac Shakur here in Kentucky,” Beshear said, likely thinking of the rapper who died in the 90s. “And that person may have thought they were being funny, they probably did. Except for the fact that because of them, we had to go through so many other claims.” (Kentucky)

However, Shakur is a 46-year-old man who lives in Lexington, Kentucky. He previously worked as a cook before coronavirus restrictions shut down local restaurants.

He filed for unemployment March 13 and has been waiting to receive his first check. “I’ve been struggling for like the last month trying to figure out how to pay the bills,” Shakur said. He told the newspaper he wondered why his benefits were being held up, but did not think the labor cabinet would declare his claim was a prank. “I’m hurt, I’m really embarrassed and I’m shocked,” Shakur said. (NBC News)

After all the drama cleared up, Governor Beshear came forward with a huge apology. He publicly addressed his initial statements about not believing a real Tupac Shakur lived in Kentucky.