Troy Ave Speaks After Near-Death Shooting: “Shot In My Head, Shot In My Back” [Video]

Brooklyn rapper Troy Ave won’t let a few bullets slow him down. The hip-hop artist has finally spoken out on his near-death shooting in New York.

Ave went to Instagram Monday (December 26) with footage of his release from a hospital and update on his condition. 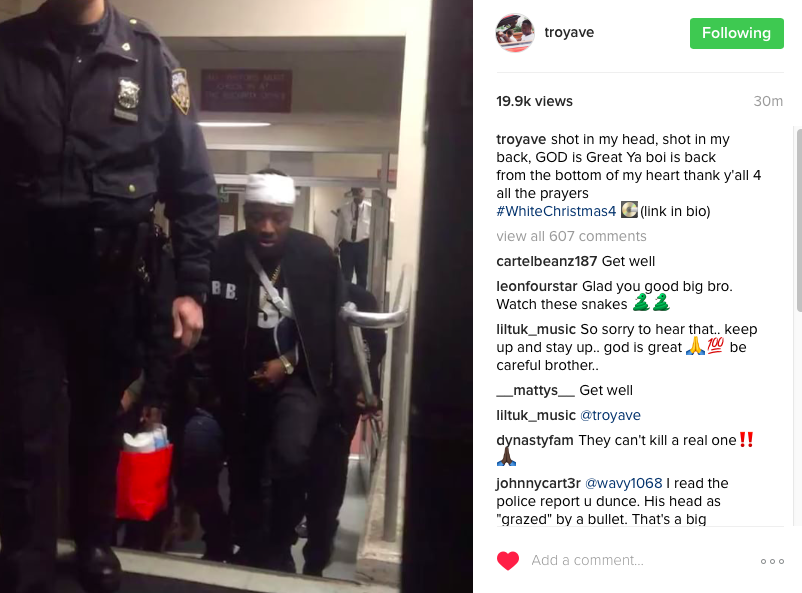 shot in my head, shot in my back, GOD is Great Ya boi is back from the bottom of my heart thank y'all 4 all the prayers #WhiteChristmas4 💽(link in bio)

A few hours ago, details surfaced about Ave’s well-being and possible hospital release.

Last night, G-Unit’s 50 Cent went to his Instagram page and showed off a pic of himself alongside Ave.