New York rapper Troy Ave has a story to tell. The hip-hop artist has announced someone has tried to extort him over a stolen sex tape.

Troy went to Instagram Tuesday (December 20) with the big announcement and revealed how much someone wanted from him. 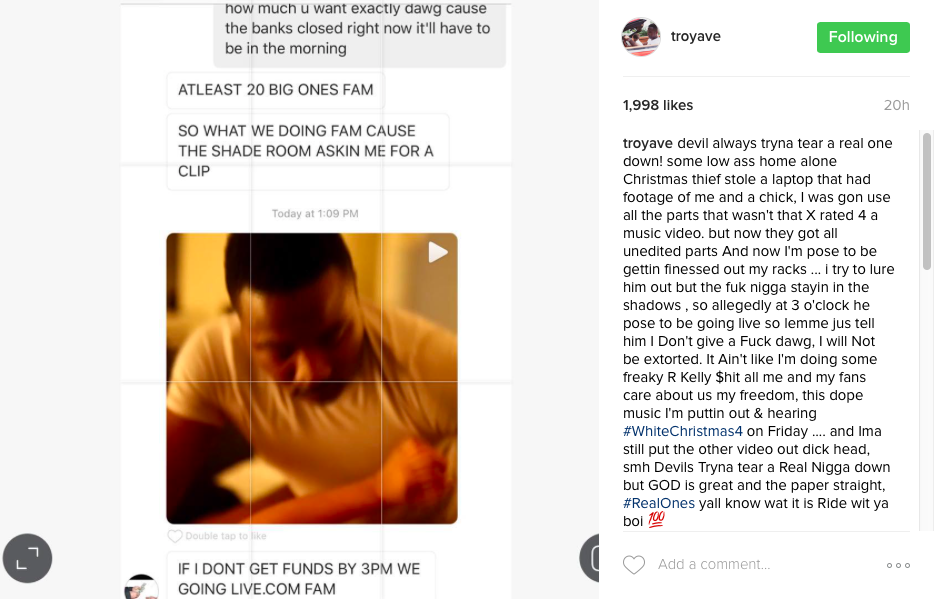