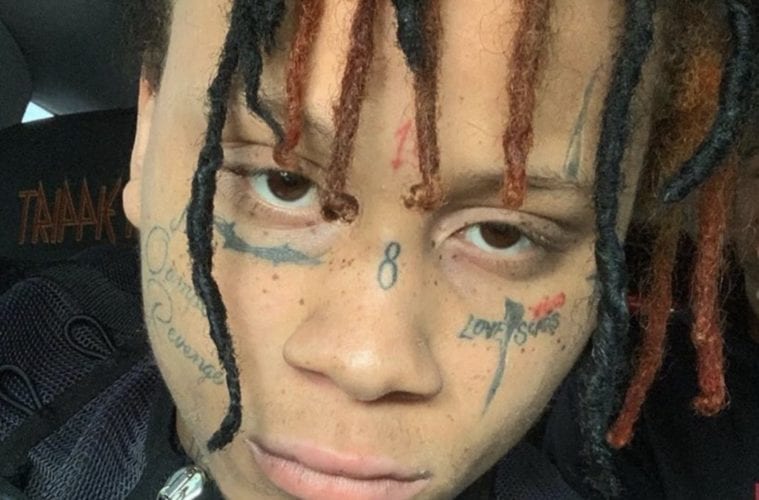 Trippie Redd Reacts To Having No. 1 Album In The Country Right Now: “Wow”

Ohio rapper Trippie Redd is sitting comfortably on top of the competition right now. The hip-hop artist has reacted to having the best-selling album in the country.

On Sunday, Trippie hit up Instagram to geek out over A Love Letter to You 4 dominating the sales chart.

After seven days of availability, Trippie’s new LP managed to easily push out over 100,000 copies.

There are four debuts in the Top Six on this week’s chart, led by #1 Trippie Redd (Ten Thousand/Caroline) with 102k+ and Broken Bow’s Jason Aldean with 85k. Atlantic’s Coldplay and YMN Melly bow at #5 and #6, respectively. Disney’s Frozen 2 ST has a predictably animated jump from #15-3 as the movie hits screens on this holiday weekend. (HITS Daily Double)

Based on the earliest glance at the tea leaves, Broken Bow‘s Jason Aldean is expected to take this week’s #1 spot with a likely battle for runner-up. Coldplay (Parlophone/Atlantic) and Ten Thousand/Caroline‘s Trippie Redd were both forecast pre-release to finish the week somewhere close to 80k. Trippie is now expected to come in over 100k. Could the Ohio rapper trip up the Brit band and land at #2? (HITS Daily Double)