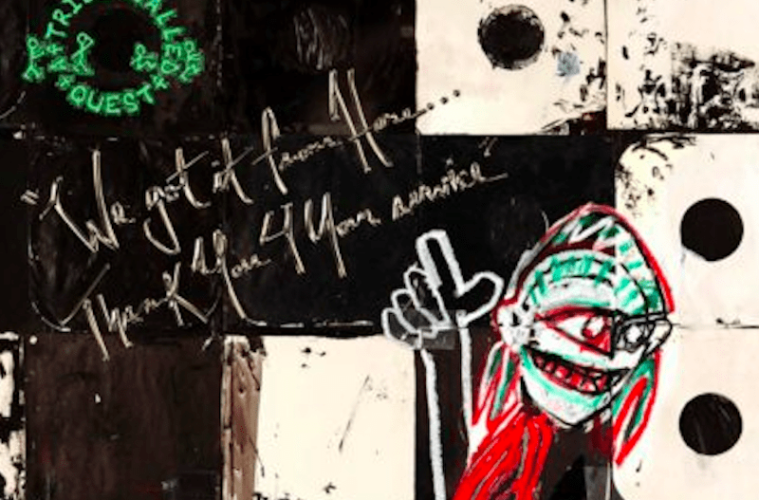 Rap group A Tribe Called Quest‘s new We Got It From Here, Thank You 4 Your Service album is going to have no problems landing on the sales chart this week.

Based on early estimates, the crew’s final group effort is expected to sell at least 60,000 copies. 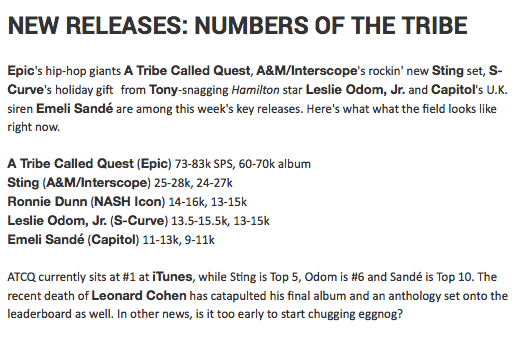 The group’s final album is packed with guest features ranging from Andre 3000 to Kendrick Lamar.

On Friday, Nov. 11, A Tribe Called Quest will do just that, releasing on Epic Records “We Got It From Here, Thank You for Your Service,” the group’s sixth album. It features all four of the group’s members plus a host of guests — André 3000, Kendrick Lamar, Elton John, Jack White and Busta Rhymes, a longtime Tribe collaborator who made a heralded appearance on the 1992 posse cut “Scenario.” (New York Times)

A message from my brother @qtiptheabstract the moment of truth has finally arrived. Final A TRIBE CALLED QUEST album Droppin' Nov.11th

Buzz developed earlier this year about a possible new Tribe album being in the works.

Music executive L.A. Reid teased the new music in August, Tribe’s first studio record since The Love Movement in 1998. “I’m really happy about it, man, it’s really something special,” Reid said. “It’s one of the things I’m most excited about over everything we’re working on.” (EW)