R&B singer Trey Songz is finding it tough to ride for Kanye West. The popular crooner went online this past weekend to share his issues with Yeezy following controversial statements he made about abolitionist icon Harriet Tubman liberating slaves. Trigger Trey hit up Instagram last night with footage of Ye explaining his feelings toward Tubman. Songz questioned Kanye’s state of mind and encouraged his peers to reach out to West.

“They been sayin man Trey need to call these n*ggas before he just put em online blastin. Ye you in the way of progress foreal, how you turn this goofy from who you were? I’m so confused, whoever got his number need to call him.” -Trey Songz’s Instagram

“😆what the f**k did he just say. This is all Jay z fault , kanye’s first Rally. LOL #bransoncognac #lecheminduroi” -50 Cent’s Instagram

On Sunday, Kanye put together an epic presidential rally event at Exquis Event Center in North Charleston, South Carolina. In addition to discussing Harriet Tubman, West spoke on his marriage to reality TV star Kim Kardashian and his past struggles with abortion.

During a rambling speech at the Exquis Event Center in North Charleston, the rapper, 43, was at times happy, angry and sad as he spoke out against abortion and the morning-after pill, saying, “No Plan B. There is Plan A.” West got emotional when he revealed that Kardashian, 39, had called him when they were dating and she was freaking out after a doctor’s appointment and he thought he gave her AIDS cause he was living the rapper lifestyle. Then she told him that she was pregnant and he was relieved but they spoke about Kim taking a pill, to end the pregnancy. (Us Weekly)

Despite generating nationwide interest, Kanye also downplayed his interest in winning the presidency in this November’s election. West made things religious by speaking on what God had planned for him.

Two weeks after announcing his unlikely bid for president, Kanye West held his first campaign event in South Carolina on Sunday. ‘I don’t give a f*** if I win the presidency or not,’ he declared. ‘There are homeless people in front of the Gucci store. … I care about these things. And I am in service of God. … God has a plan for us, as his people, to be finally free.’ (Daily Mail) 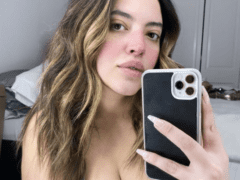 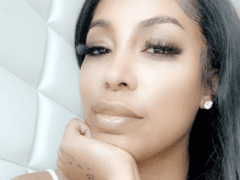