Trigga Trey jumped on IG to hint at the family support he’s received amid his Motown bust. 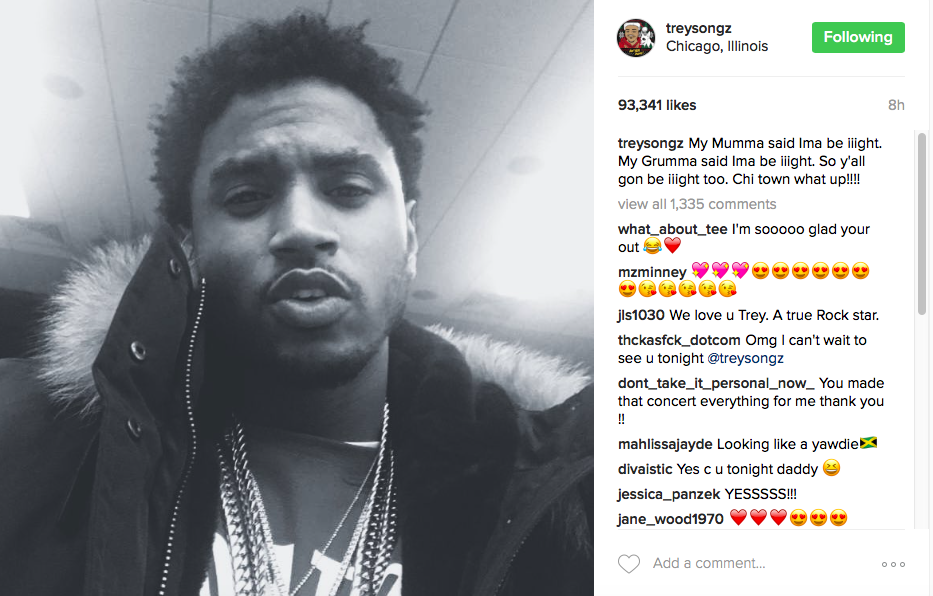 Yesterday, footage surfaced of Songz speaking out after his jail release.

A few hours prior, Trey’s pal 50 Cent reacted to his headline-generating bust. 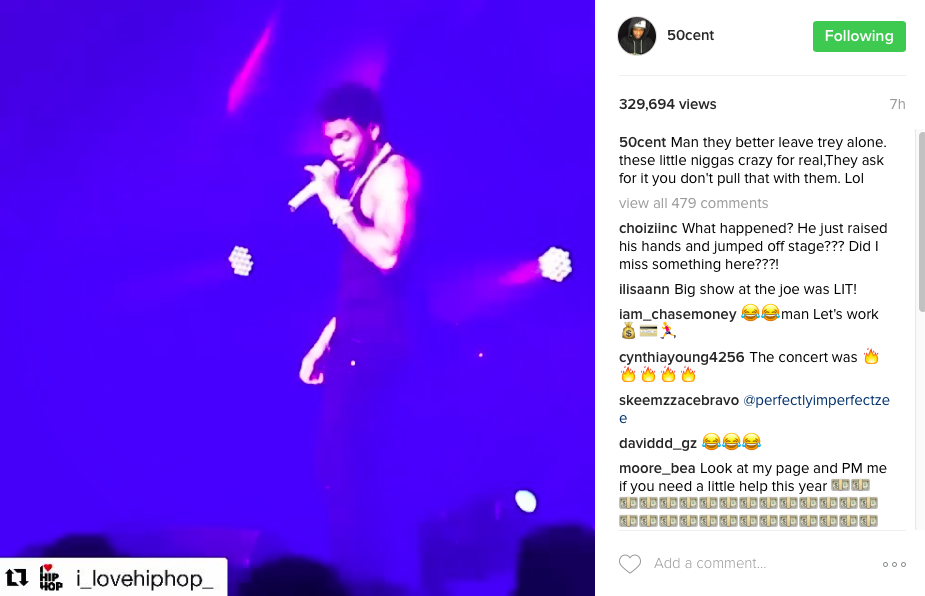 Songz lashed out last night (December 28) on-stage in Detroit after getting asked to end his performance.

Someone at the Joe Louis Arena apparently told Trey his set was going too long, but he wasn’t near ready to leave. In fact, he dared them to cut his mic, promising retaliation if they did. Well, they did and he did. Trey started destroying everything in sight, hurling objects in the air. A cop who tried subduing him was hurt after being struck by debris. Trey was arrested for resisting arrest and malicious destruction of property. (TMZ)