Scott went to Instagram this week and showed off his pre-order purchase for Weeknd’s next solo effort. 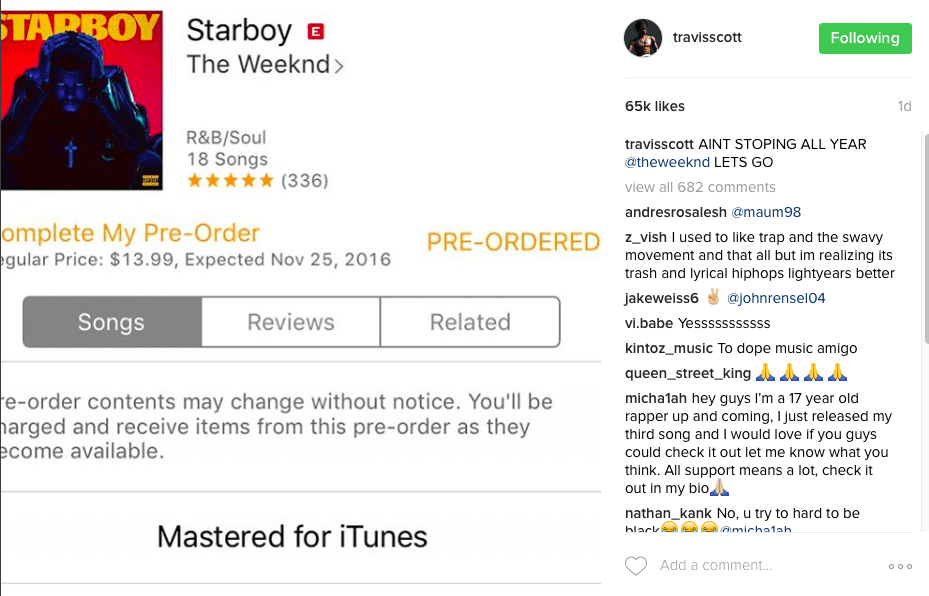 Earlier this week, the award-winning singer showed off his jaw-dropping new hairstyle.

i come alive in the fall time pic.twitter.com/NHeVl3Q7Nn

The Weeknd has deleted all of his posts on Instagram, amid rumours he is ready to drop his new album. His page, which has 6.6 million followers, is currently showing nothing. The ‘Can’t Feel My Face’ singer has also been dropping a number of cryptic clues over recent weeks on Twitter. (Capital Xtra)