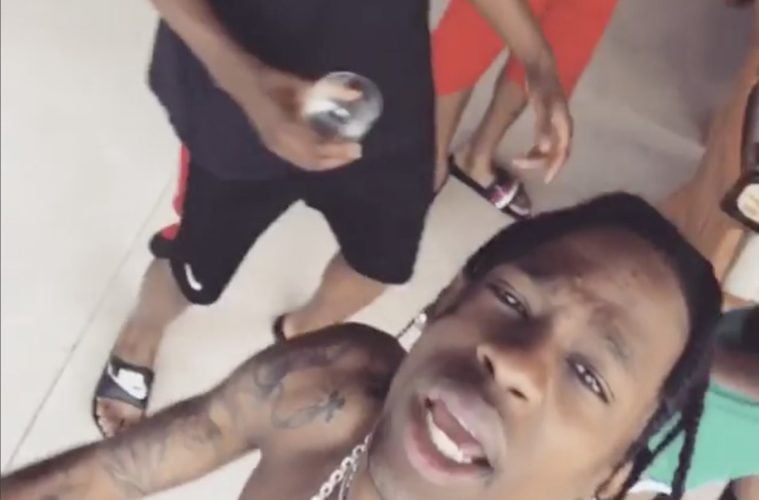 Houston rapper Travis Scott knows the significance of April 30. The hip-hop star has made a rare social media appearance to turn up for turning 26.

Scotty went to Instagram Monday (April 30) and shared a hilarious clip of himself getting hyped.

According to reports, Travis’ girlfriend Kylie Jenner rented out the entire Six Flags.

Kylie Jenner went all-out for boyfriend Travis Scott’s birthday. The makeup mogul rented out Six Flags Magic Mountain on Saturday, April 28, just a few days before the rapper turns 26 on Monday, April 30. The couple and their friends headed to the amusement park wearing matching customized hoodies with the “Goosebumps” rapper’s birthday printed on them. The group enjoyed a customized cake shaped like a roller coaster, which had tiny replicas of the pair with their 2-month-old daughter, Stormi Webster, on the ride. (Us Magazine)