Houston rapper Travis Scott should already start thinking about what types of reality TV show gigs he can get his hands on. The hip-hop star has made it official and confirmed he’s a proud papa to Kylie Jenner’s newborn daughter.

May I supply the rage on this next album. My conscience is on fright night at six flags

Congratulations My Sweet Kylie! What a magical ride it's been! I'll miss you bumping along with me. Never in a million years did I think we would do this together but it's been that much more special because of it. God is so great!! He had His plan all along! I love you little mama 💕 love big mama

A few hours prior, Kylie nearly broke the Internet by announcing her baby’s arrival.

thank you @wttyler for putting this together. here’s a little glimpse of the last 9 months. the link is in my bio ♥️

“Oh I don’t know what you’re talking about,” Kardashian, clearly covering up something, said. Then DeGeneres actually pulled out a phone to try and get the Good American designer to call her sister on the spot, but, alas Kardashian hadn’t memorized any of Jenner’s numbers. “She must be pregnant. There’s too much secrecy around it,” DeGeneres deduced. “Look at your eyes. Y’all, she’s pregnant. I can tell by her eyes.” (Huffington Post) 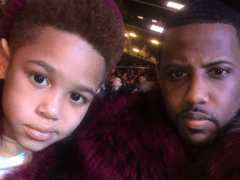