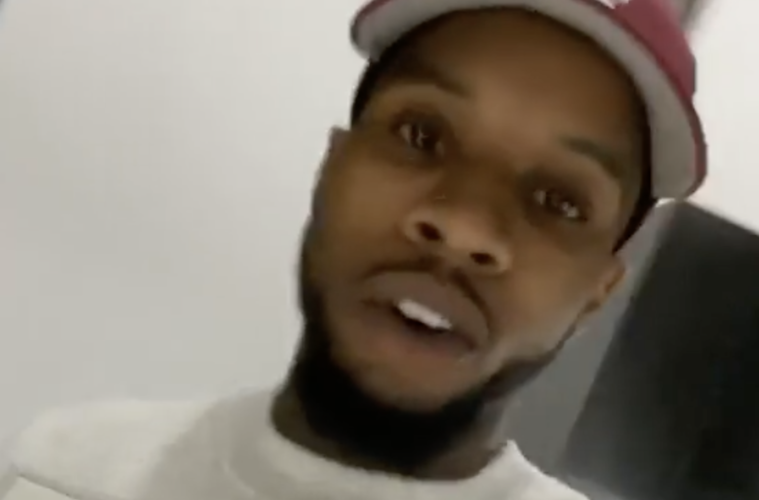 Tory Lanez + Pretty Ricky’s Spectacular Clash In Unexpected E-Beef: “Ever Since You Got That New Hairline You Been Acting Different”

Rap crooner Tory Lanez has an unexpected feud with an unlikely opponent. The hip-hop entertainer and Pretty Ricky’s Spectacular have social media’s attention after going at one another in an online spat.

Tensions appeared to boil over this past weekend when Tory reacted to missing out on Akon‘s “Locked Up” sequel. Instead of staying silent, Spectacular ignited a back and forth clashing by claiming Tory Lanez stole his past samples.

Tory Lanez was irked when he learned Akon gave his “Locked Up Remix” to Tekashi 6ix9ine. Spectacular of Pretty Ricky responded to that Tweet by calling Lanez out for stealing his tracks “Grind On Me” and “Your Body” (HHL)

Spectacular and Tory ultimately went back and forth over music ownership. While Tory claimed he rightfully purchased music lyrics from past Pretty Ricky songs, Spec questioned Lanez’s explanation.

Instead of leaving things there, Spectacular made things extra personal. He called out Tory for acting differently after getting a new hairline.

Last week, Tory Lanez hit up Instagram with footage of himself turning up to some Drake vibes as he showed love for his fellow Canadian friend. In the clip, he also called the fellow Toronto native a living legend based solely off his music’s sounds from a massive penthouse.