Tory Lanez was found guilty of shooting Megan Thee Stallion during the July 2020 incident following a gathering in the Hollywood Hills.  After several hours of deliberation and more than 2 weeks of proceedings, the diverse and attentive jury rendered its verdict to the Honorable Judge David Herriford. 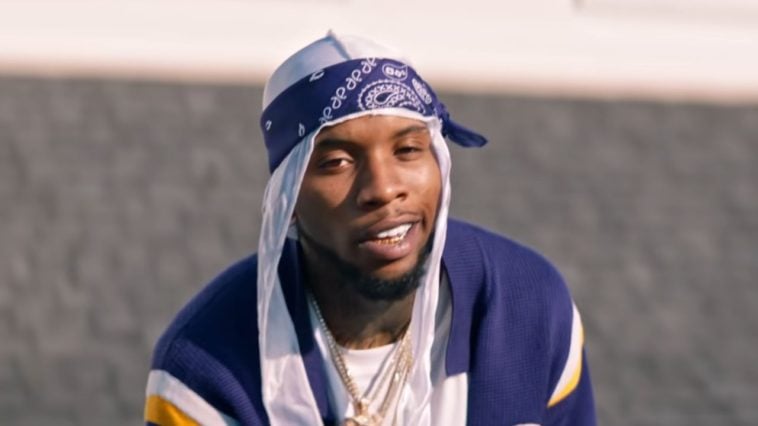 The artist Tory Lanez, born Daystarr Peterson, was found guilty of shooting Megan Thee Stallion in July 2020.  The jury, composed of seven women and five men, delivered a verdict after several hours of deliberation following the prosecution and defense closing arguments.  Lanez was facing over 22 years in prison.

On the count of Assault With A Semi-Automatic Firearm, Tory is guilty. This dealt specifically with the question of whether it was he who was responsible for the assault on Megan Thee Stallion that resulted in her injuries.

On the count of Discharge of Firearms with Gross Negligence, Peterson was found guilty, meaning Lanez didn’t fire the gun.

On the count of Having a Concealed Gun in an Unregistered Vehicle, Lanez was found guilty .

Kelsey, who is also Meg’s former assistant, has denied being the shooter. Before repeatedly stating “I don’t remember” during testimony in court, Kelsey identified Lanez as the person holding the gun in recorded interviews with the Los Angeles Superior court district attorneys. Harris has also pleaded the fifth and received “use immunity” from the district attorneys.

The 911 caller, Sean Kelly, who saw the night’s incident play out from his child’s bedroom, said he saw flashes coming from a woman in a previous interview with investigators. Once in court, he added he saw “the little guy” — referring to Tory Lanez — exit the car and physically struggle with Kelsey Harris. Kelly described what he called “flashes” in the dark. Kelly never used the word “gun” to describe what he saw.

How The Tory Lanez Trial Unfolded

The verdict comes after 13 days of testimony and hearings. Jury selection began on Dec. 5th. SOHH exclusively reported that an unidentified African-American female juror declared to be recused from the trial stating she believed that Tory Lanez was “innocent.”  This was also the day that Tory was released from his ankle bracelet house arrest.

After jury selection was completed, the trial resumed on December 12 with the prosecution presenting their opening statements. It was confirmed that Megan Thee Stallion and Tory Lanez were lovers. There was also the reveal of the love triangle with her best friend, Kelsey. This revelation undercut Megan’s statements in her TV interview with Gayle King in which she attested she was not in a sexual relationship with Tory.  Meanwhile, Tory’s defense team argued that his petite stature made it impossible for him to be the shooter.

Megan testified on December 13th as her supporters stood outside the LA Superior Court holding a banner that said: “We Stand With Megan.” Daystarr “Tory Lanez” Peterson watched from the pews as Megan tearfully proclaimed herself as a “victim” under attack. In one of the most dramatic displays, she stated if she knew in advance she would have received so much public backlash, she wished “he would have just shot me dead.”

Kelsey Fingers Tory Lanez For The Shooting In Interview Video

Stallion’s ex-best friend, Kelsey Nicole Harris, offered a limited testimony on the 2020 shooting involving Tory Lanez in Day 7 of the Megan vs Tory trial. Repeatedly responding with “I can’t remember,” Kelsey shocked the entire courtroom when she said she would “plead the fifth” and made an immunity deal with the DA.

However, the LA District Attorney played the 90-minute Sept. 20 interview between Kelsey Harris and the prosecutors, which told a clearer story. In the taped interview Kelsey told prosecutors “Tory shot Megan.”

The hearing continued with surprising revelations by Megan Thee Stallion’s stylist, EJ, who was there in Kylie Jenner’s residence where the drama began.  EJ described the events of that night, citing that the situation had gotten tense at Kylie’s house. He sensed it was time to leave the party.

The stylist described a scene where Kelsey had passed out and Megan was really far gone and making snarky comments to the host, Kylie Jenner. EJ, who was introduced as a defense witness, offered his testimony for the first time in court, saying “no one had ever asked” him to testify.

With the question of “Who shot Megan” very much still muddy and unclear to trial watchers, the prosecution and Tory Lanez’ defense attorney considered whether to call Tory Lanez to the witness stand to give his first-hand account of the events that resulted in Megan Thee Stallion’s alleged shooting.

The Los Angeles Superior court district attorneys also discussed introducing rap lyrics and social media posts.  Eventually, Tory would not testify, and neither would the driver of the vehicle, Jacquan Smith, the only sober person to witness the entire events of the night.

Jurors heard the testimony of the 911 caller who witnessed the street shooting scene.  Sean Kelly said he saw Lanez and Kelsey Harris, Megan’s former assistant, with something that looked like sparks or fireworks after hearing the explosive sounds. Kelly didn’t use the word “gun” to describe what he saw in Harris and Lanez’ hands.

“Megan is a liar,” George Mgdesyan Lanez’ defense said in his closing statements of the trial. According to Mgdesyan, Megan lied on social media and lied again when she was asked about her intimate relationship with Lanez.

Alternatively, state prosecutors, in their closing statements, asked the jury to focus on the question of “Who Shot Megan” – disregarding the issues created by the love triangle and the muddiness of the sole witness testimony by Sean Kelly.  The jurors were reminded of the gun residue found on Tory (and Kelsey) and Kelsey’s September testimony in which she emphatically stated, “Tory shot Megan.”

Megan Thee Stallion’s assault trial against Tory Lanez started on Dec. 5, at the Los Angeles Superior Court. The case follows after the July 2020 shooting, which transpired after a heated exchange and Megan sustaining injuries to her feet. 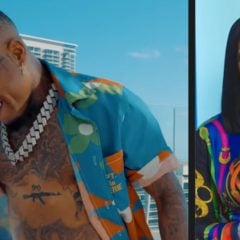 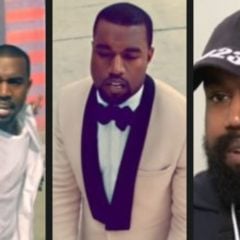