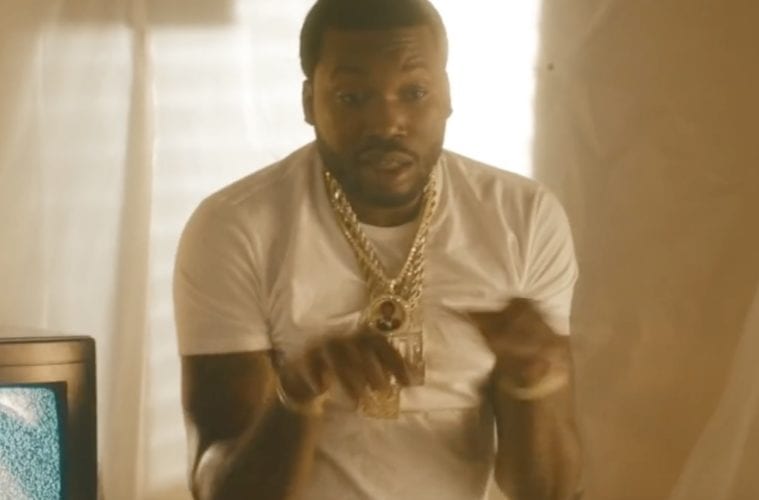 Rap stars Tory Lanez and Meek Mill are seeing greatness unfold before their eyes. After Lil Baby dropped a new single on Friday, both have taken to social media to unleash some major co-signs.

Heading into the weekend, both Meek and Tory went to their Twitter pages to salute Baby. While Mill gave Lil Baby a ‘legend’ co-sign, Tory took things even further and said he deserved a Grammy award.

SOHH TIP: Check out Lil Baby‘s “The Bigger Picture” courtesy of quality earbuds with Apple AirPods Pro – noise-cancelling earbuds and over 24 hours of listening time. Apple AirPods Pro are considered the best buds yet with adjustable fits and sweat resistance.

LB’s new single “The Bigger Picture” dropped on Friday. On the track, he raps about systemic racism, police brutality and the reality of America in 2020.

Lil Baby has shared a new song in response to the national protests over the killings of George Floyd and Breonna Taylor. It’s called “The Bigger Picture,” and you can hear it below. Representatives for Lil Baby tell Pitchfork that the Atlanta artist is donating proceeds from his new track to the Bail Project, the National Association of Black Journalists, and to Breonna Taylor’s legal team. “The Bigger Picture” opens with clips from news broadcasts reporting on nationwide protests following Floyd and Taylor’s deaths, as well as chants of “I can’t breathe” from the protesters themselves. Throughout the song, Lil Baby talks about the fact that he’s had many altercations with the law, mentioning that “corrupted police been the problem where I’m from” before singing: “But I would be lying if I said it was all of ’em.” (Pitchfork)

Lil Baby is making a difference. Following a slew of protests across the country over the murder of George Floyd, he took to the streets of his home city and had a huge impact on local politician Antonio Brown, who shared a deep and heartfelt message about their interaction.

“Met a dope dude named Dominique. A brother whose seen struggle but also recognizes his divine power to call forth all that he seeks in life. When we first met he showed up in a worn black t-shirt, some joggers and @balenciaga sneakers. No jewelry or entourage. His driver patiently waited outside while we talked for hours. I thought because everyone called him @lilbaby_1 that he would have this huge ego and only care about superficial sh*t. Instead he spoke about how much he loved business, fashion and lifting up his community. He’s only been rapping for 3 years and has completely dismantled an industry. The hood he grew up in and the projects that raised him made him baby. A rebel with a cause, disrupting with a purpose bigger than himself. ⁣”

“The next day we marched down Mitchell Street with our fist in the air yelling – No Justice, No Peace as he leaned over and whispered in my ear, “this is what matters!” See he understood his calling was greater than the streets – it was to change the streets. To inspire the people to see beyond their environment and conditions that silently kept them unconsciously imprisoned. After marching for an hour, a white business owner brought out some waters to the crowd of walking protesters. As he was handing out the waters Lil Baby ran over to him and gave him $500. I looked up at him and smiled because if I was rich that’s something I would’ve done. As the protest came to an end, I watched in silent awe as @troubleman31 graciously walked up to him and greeted him like a King. It was inspiring to see one generation salute the next as they prepare to take their rightful place in Hip Hop.”

“Our generation is strong, we do not require someone to open a door for us because we understand our power to knock down any door that comes between us. When we speak we are casting spells, our tongue is powerful and through our vibrational energy are able to manifest into existence everything our spirit desires. Go forth into this world and live within the fullness of who God created you to be, and don’t let anyone tell you who you cannot be or what you cannot do. You are capable of ALL things, if you believe.” -Antonio Brown’s Instagram

SOHH TIP: Check out Lil Baby‘s “The Bigger Picture” courtesy of quality earbuds with Apple AirPods Pro – noise-cancelling earbuds and over 24 hours of listening time. Apple AirPods Pro are considered the best buds yet with adjustable fits and sweat resistance.