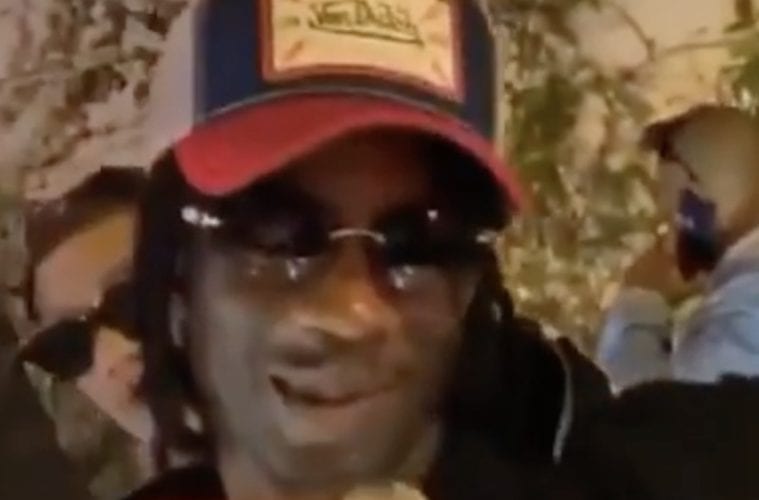 Toronto rap rookie Houdini has passed away. At just 21 years old, his life was tragically taken from him following a shooting in the city’s downtown and it’s already severely impacted Canadian rap star Tory Lanez.

One of Canada’s most popular rappers, Houdini has died as a result of gun violence. His tracks were streamed over 19 million times on Spotify in 2019.

Now, sadly, the news has been confirmed by multiple sources including 6ixBuzzTV who premiered Hou’s recent “VV’s” single with KILLY. Toronto media has already reported on a shooting that occurred in the city at King Street and Blue Jays Way sometime after 4 p.m. “Officers arrived at the scene to find a male victim suffering from gunshot wounds. Two other victims were located a short time later,” CP24 reported. Houdini sadly passed away of his injuries in the hospital around 6:30 p.m. (HipHopCanada)

Two other people were shot, but are expected to survive their wounds. The other victims are a teenage boy and 27-year-old woman.

Rap star Meek Mill has come forward to remember Houdini. He took to social media to pay tribute to the young slain rapper.

Other tributes to the late rap rookie have been pouring in. Social media has erupted in remembrance of Houdini, including Tory Lanez, who took to Instagram to remember his late friend.

“I’m trying , and I can’t fight the tears from falling .. i can’t even find the words for a speech right now .. YALL TOOK MY FUCKING NIGGA AND ALL HE WANTED TO DO WAS LIVE !!!!!! #RIP Houdini 4 Ever !” – Tory Lanez’ Instagram