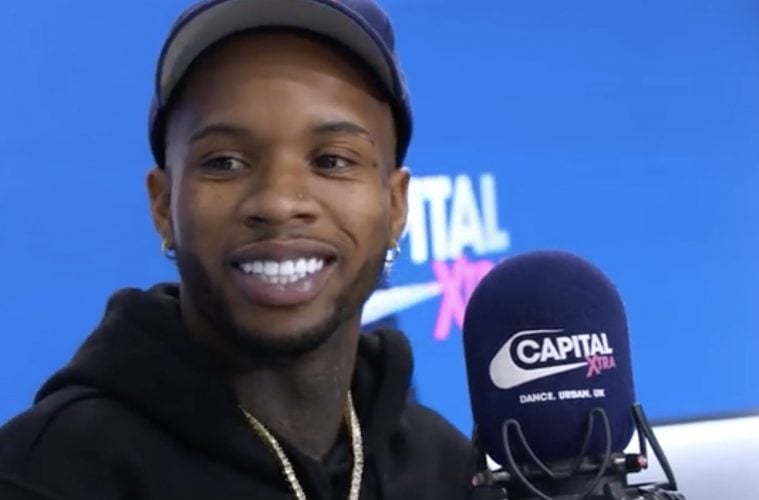 In Tory’s opinion, 6ix9ine pulled a similar move to Pac by releasing his new Dummy Boy album despite currently being behind bars on a federal racketeering case.

“It’s really sad to see somebody at that platform – it kinda reminds me of, like, Bobby Shmurda. But Bobby Shmurda didn’t even get to go as far. For somebody to go that far, you got Kanye [West], Nicki Minaj, your album’s dropping. It’s like, the only n*gga who had sh*t like that popping was 2Pac. When 2Pac was in jail he dropped the biggest album [with Me Against The World]. Not to say it was the biggest album of all f*cking time, but it was a pretty big moment. It’s sad he’s gotta be locked up during it, is all I’m saying.” (Capital Xtra)

Despite a strong debut, 6ix9ine’s Dummy Boy fell short of debuting atop the sales chart with Travis Scott‘s Astroworld winning the spot.

The set earned 71,000 equivalent album units in the week ending Nov. 29 (up 60 percent), according to Nielsen Music. At No. 2 on the new Billboard 200, 6ix9ine’s Dummy Boy debuts from just three days of activity in the tracking week. The 13-track set was released on Tuesday, Nov. 27 and starts with 66,000 equivalent album units (of which 10,000 were in album sales). (Billboard)

Over the weekend, reports speculated Travis and Tekashi would battle it out for the top album in the country title.

The battle for #1 on this week’s chart is a mega-squeaker and still way too close to call, as two hip-hop titles, 6ix9ine’s Dummy Boy (Scumgang via Create Music Group) and Travis Scott’s ASTROWORLD (Cactus Jack/Grand Hustle/Epic) remain neck and neck with the finish line approaching. (HITS Daily Double)