Canadian rapper Tory Lanez wants people to know the difference between real and fake. The hip-hop star has addressed a social media user trying to get at him for flexing weapons in the past.

A screenshot has surfaced of Tory letting loose and stating facts about his image. 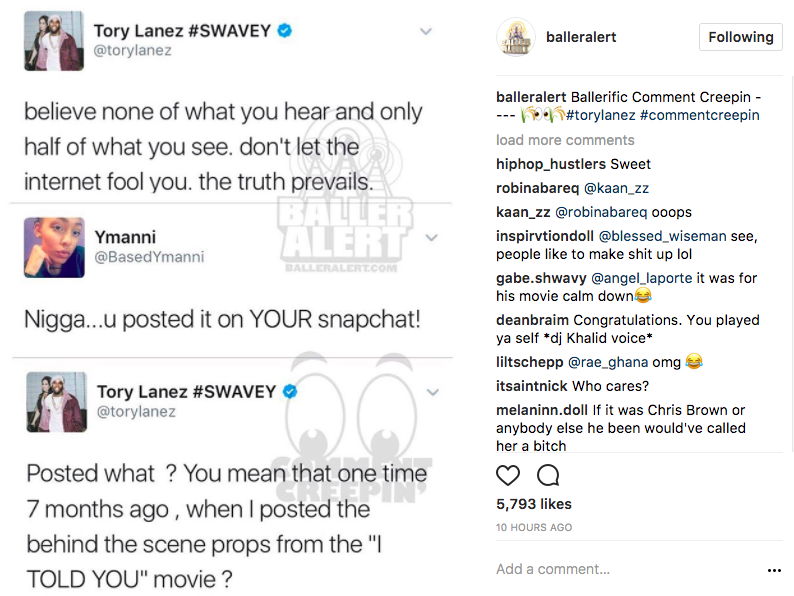 According to reports, Tory’s publicized bust went down Wednesday (April 12) in Florida.

According to an arrest report, Miramar police pulled over Lanez’s 2014 Rolls-Royce in the 1900 block of Southwest 172nd Avenue, which police said had an expired tag. Authorities said Lanez, 24, does not have a valid driver’s license in Florida or any other U.S. state. The arresting officer noted in the arrest report that a strong odor of marijuana was emanating from Lanez’s vehicle and a small amount of marijuana was found in the glove box. The officer said he also found a concealed, loaded, unholstered gun in the center console. (Local 10 News)

Despite the arrest seriousness, Tory found himself outside of jail hours later.

Lanez was arrested on charges of illegally carrying a concealed weapon, possession of fewer than 20 grams of cannabis, failure to register a motor vehicle, operating a motor vehicle without a license and operating a vehicle that is not properly insured. Lanez has since bonded out of jail. (Local 10 News)