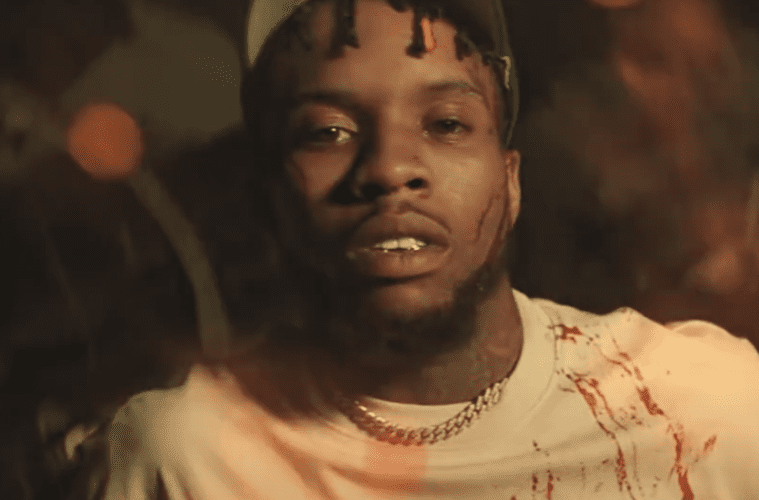 Tory Lanez Calls Out His Famous Friends Telling People To Stop Protesting: “Y’All Not Feeling The Pain Of These People Out There”

Rap crooner Tory Lanez is letting his emotions go public. The hip-hop singer has come forward to speak out on the nationwide protests growing and dominating the country.

Over the past few hours, Lanez has lit up his Twitter page with big statements. Tory even called out his fellow celebrity pals for encouraging others to not loot and destroy businesses. Tory Lanez later went on IG Live to call out famous stars such as Love and Hip-Hop’s Shekinah Anderson for her comments.

Fabolous and Emily B

This weekend, hip-hop couple Fabolous and Emily B hit up their Instagram pages with inspirational messages. They both acknowledged the importance of standing up for a significant cause.

“Everyone has to be held accountable for their actions ‼️ This system was put in place long before most of us, but that don’t mean it can’t be changed & fixed. And until they do so, you will see what’s going on now.💪🏾 Thank You @kevinhart4real 💯” -Fabolous

This weekend, NFL superstar Odell Beckham Jr. weighed in on the nationwide protests. OBJ took a stance against violence in the pursuit of justice for the life of slain black man George Floyd.

“IM FRUSTRATED. More so because I don’t even kno how to speak or comment on this issue that’s been goin on for so long. I hate feeling defeated as if the words I wanna say [email protected] be enough to stop what’s goin on. I’m Tired. People are losing brothers sisters daughters. Losing fathers mothers aunties uncles etc…. VIOLENCE isn’t not the answer … cops killing us is not the answer, us killin cops is not the answer. VIOLENCE WILL ONLY BRING MORE VIOLENCE. God …. I’m praying that u can place your healin hand of grace upon this world . We NEED u right now more than ever. This has gotta end. Enough is enough. It’s that time. At this point u either chose to be apart of the solution or you’ll remain a part of the problem. The chose is yours. But let’s make the right chose so our kids kids wont have to grow up in this world we’ve creaTed. I’m pray for PEACE. I pray for resolutions. I pray for NO MORE.” -Odell Beckham Jr.’s Twitter