Toronto Gov’t Official Attacks Drake Over NBA Playoffs Incident: “Yo – What The H*ll Is This?”

Young Money’s Drake has just been singled out by a Toronto government official over his controversial playoffs handshake to Washington Wizards player Paul Pierce this week.

Yo, @Drake. What the hell is this? pic.twitter.com/F8KUzH1eDG

Kelly has acknowledged the attention his remark has made by re-tweeting various Twitter posts. 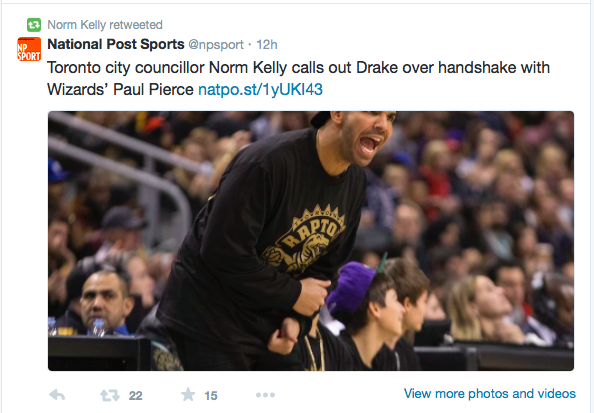 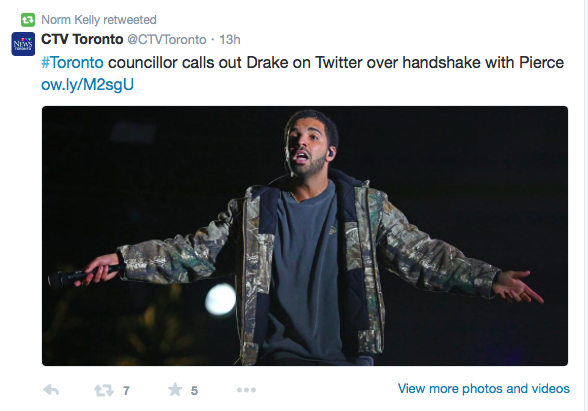 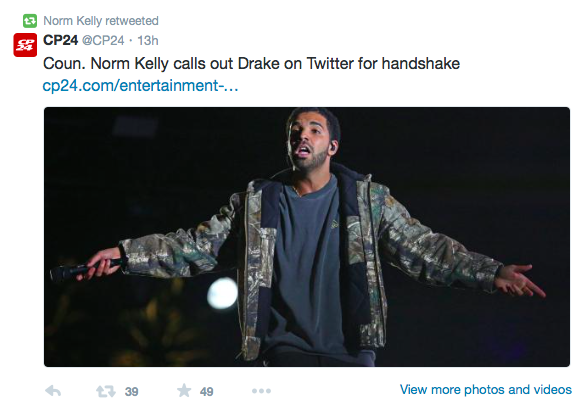 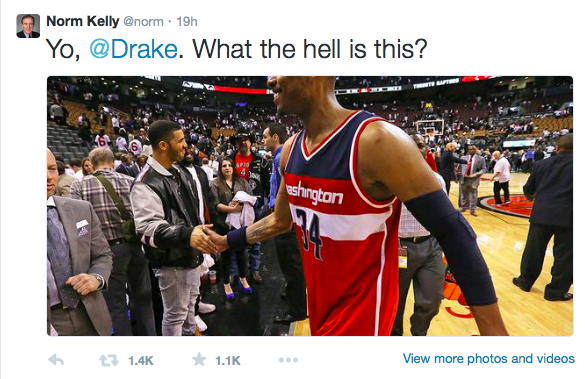 The incident went down Tuesday (April 21) night in Toronto.

Norm Kelly called out the rapper and Raptors’ global embassador for a photo of Drake shaking hands with a gleeful-looking Paul Pierce after the Washington Wizards’ 117-106 victory in Game 2 of the playoffs. (CTV News)

The Raptors currently trail the Wizards as they head into Game 3 tonight (April 24).

In last year’s playoff series against Brooklyn, Pierce blocked Kyle Lowry’s final shot of Game 7 to lift the Nets into the second round. The Raptors are trailing by two games in the best-of-seven series. Game 3 goes Friday night at 8 p.m. in Washington. (680 News)