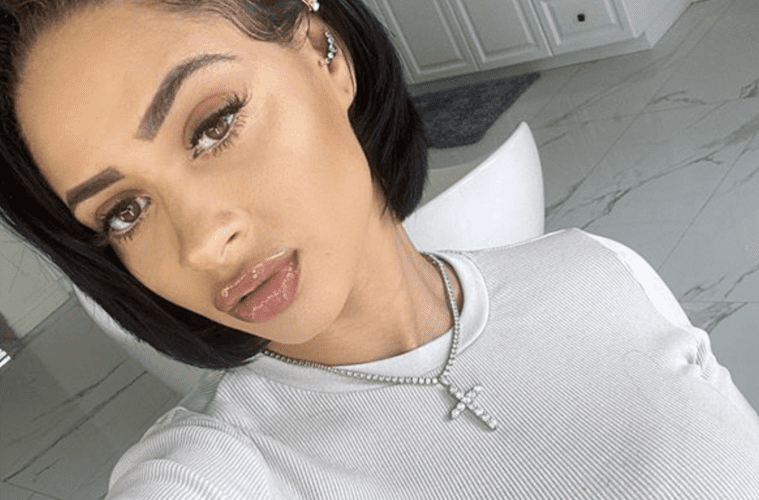 Atlanta rapper Rich The Kid and Tori Brixx are moving forward in life despite a headline-generating home invasion earlier in the week. The hip-hop pair have reunited and focused on putting family first following Brixx’s gunpoint robbery.

On Thursday, a new pic surfaced on both Tori and Rich’s son Dimitri Rogers‘ Instagram page. The caption ignores the robbery coverage of late and focuses on how great their lives are.

This week, reports emerged about multiple men with masks holding up a party Brixx attended. Around $100,000 worthy of property and possessions ultimately left with the criminals.

Law enforcement sources tell TMZ … We’re told there was a party at a rental house with 15-20 people, and sometime around midnight … cops say 6 men wearing masks entered via a back door and held everyone up. Our LE sources say the suspects were armed and demanded the partygoers’ cash, jewelry and phones. We’re told police are now looking for videos from around the area, but so far, no arrests have been made and the investigation is ongoing. (TMZ)

In summer 2018, Rich The Kid responded to rumors about Tori possibly setting him up in a home invasion they both were victims in. The speculation developed after trolls hinted at Brixx possibly having something to do with them getting assaulted and robbed.

However, in 2020, the couple’s bond is too solid to break. The hip-hop pair recently went online to remind fans they are well off the market.