Rolling Stone Names The Best Rap Album Ever 14 minutes ago
MoneyBagg Yo Responds to Las Vegas Birthday Shooting 27 minutes ago
Ari Gets Moneybagg Yo a 2020 Maybach for His Birthday 52 minutes ago
Trayvon Martin Trends on Twitter After Kyle Rittenhouse Was Called a "Little Boy" About an hour ago
BREAKING: Kentucky Grand Jury Indicts Ex-Police Officer In Breonna Taylor Shooting 1 hour ago

0
1.9k Views Comments Off on Top Dawg Trolls TF Out Of Everyone: “Y’All Want Me To Post A few Of K. Dot Tracks?”
Share

This past weekend, Top Dawg jumped on Twitter and trolled fans with Lamar’s mystery LP tracklisting. 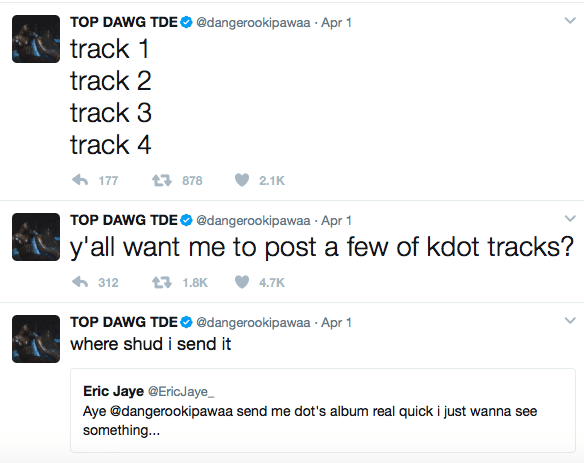 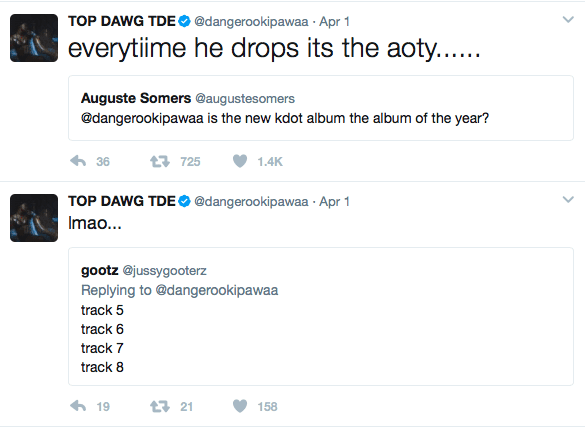 Immediately following the release of “HUMBLE” though, fellow TDE rapper Schoolboy Q decided to let the hat out of the bag on his Snapchat & confirm that Kendrick does have a new album on the way. “When you got the whole album and can finally put your jam on snapchat” Q captioned. And from that caption, it kinda sounds like the album is already finished. (HNHH) 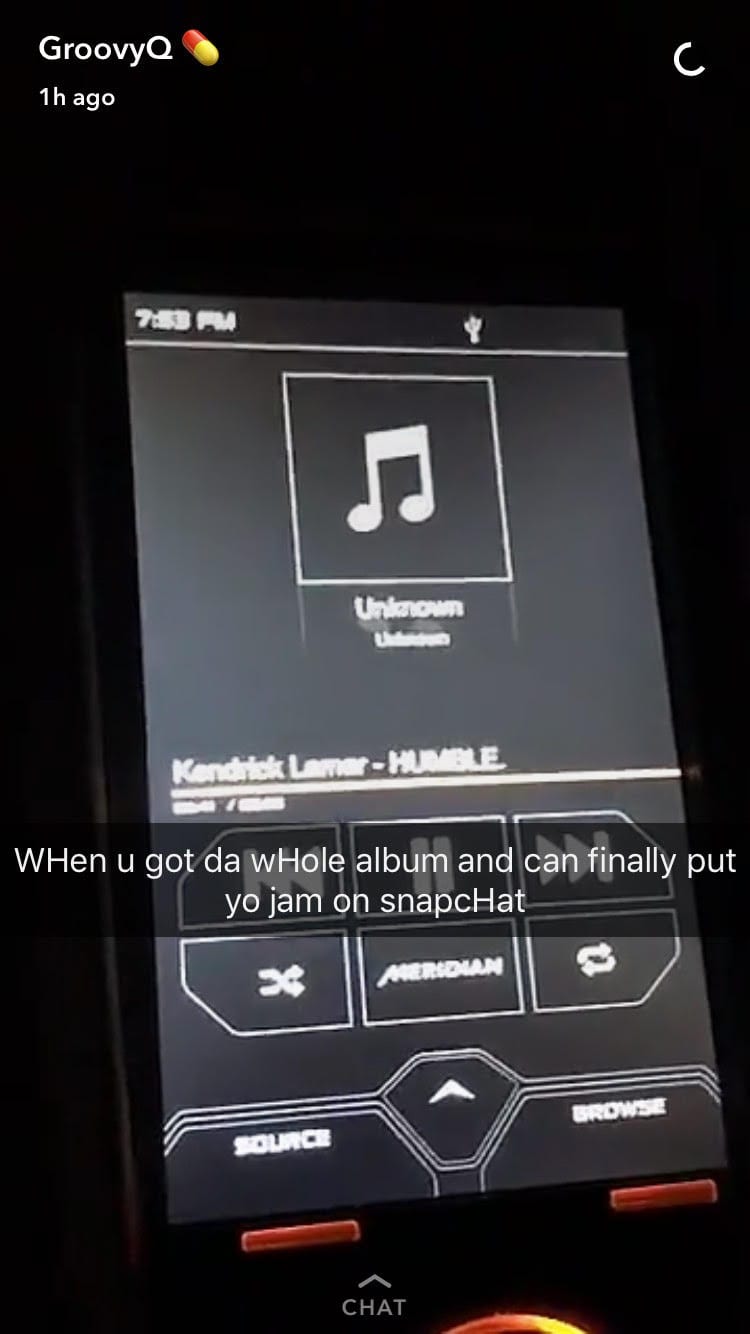 A few nights ago, Lamar surprised fans with his new “Humble” single and music video.

The song, less exploration of contrition on the part of Lamar than an instruction to his peers, picks up a thread NPR Music first examined following that album teaser: how the “best rapper alive” might explore the theme of God, religion and personal growth. (In the previous non-album single, “The Heart Part 4,” Lamar stuck to a similar narrative: “Tell ’em that God comin’.”) (NPR)

Earlier this year, Kendrick dished out details on what approach he’d take on his next album.

‘To Pimp a Butterfly’ was addressing the problem. I’m in a space now where I’m not addressing the problem anymore,” he said. “We’re in a time where we exclude one major component out of this whole thing called life: God. Nobody speaks on it because it’s almost in conflict with what’s going on in the world when you talk about politics and government and the system.” I wondered if the new record would engage directly with that conflict. “It’s very urgent,” Lamar replied. (NY Times)

Comments Off on Top Dawg Trolls TF Out Of Everyone: “Y’All Want Me To Post A few Of K. Dot Tracks?”