Rolling Stone Names The Best Rap Album Ever 1 hour ago
MoneyBagg Yo Responds to Las Vegas Birthday Shooting 1 hour ago
Ari Gets Moneybagg Yo a 2020 Maybach for His Birthday 2 hours ago
Trayvon Martin Trends on Twitter After Kyle Rittenhouse Was Called a "Little Boy" 2 hours ago
BREAKING: Kentucky Grand Jury Indicts Ex-Police Officer In Breonna Taylor Shooting 2 hours ago

Let's see how many sites post that… When I signed something new I will let y'all know… Kembe X is a friend of the family..

Hours prior to Top Dawg’s clarification, Kembe publicly showed off his TDE affiliation.

No stranger to speaking his mind, TD recently went off on Twitter followers for not supporting protégé ScHoolboy Q‘s “THat Part” single. 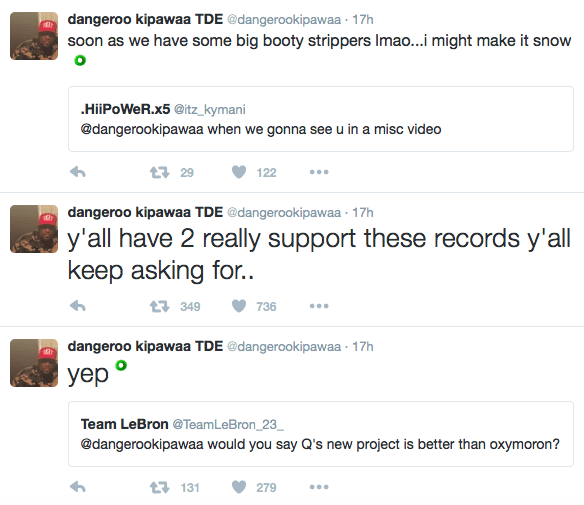 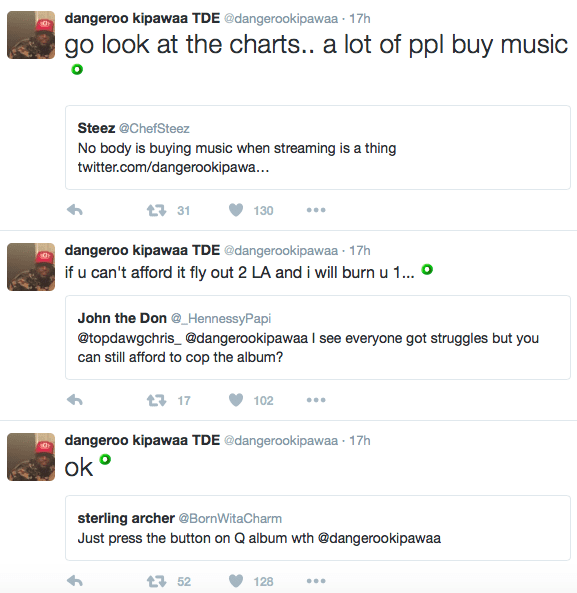