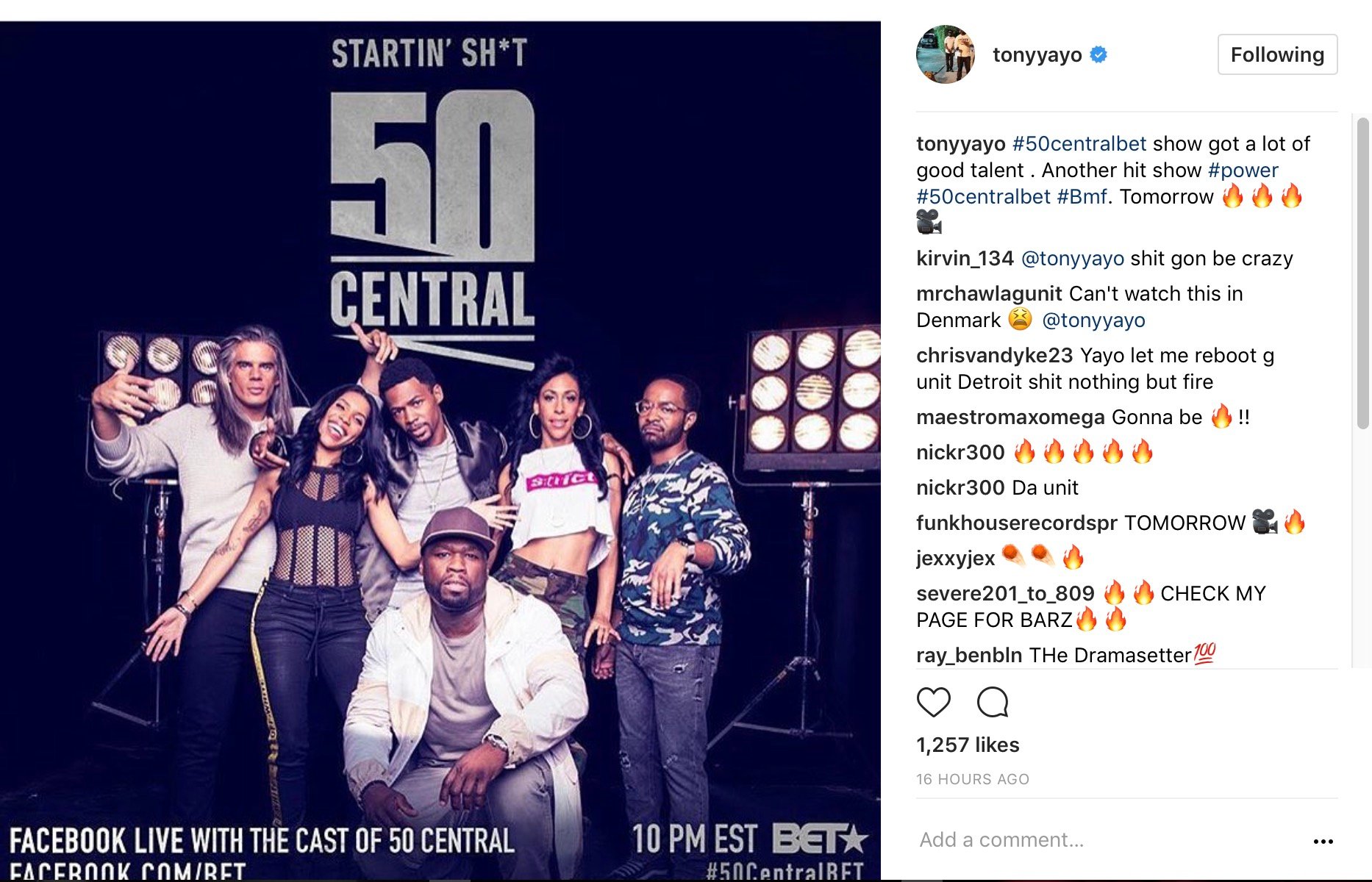 A couple nights ago, 50 linked up with some of his G-Unit family to celebrate his new “50 Central” show.