Braxton went to Instagram this past weekend and revealed her current status. 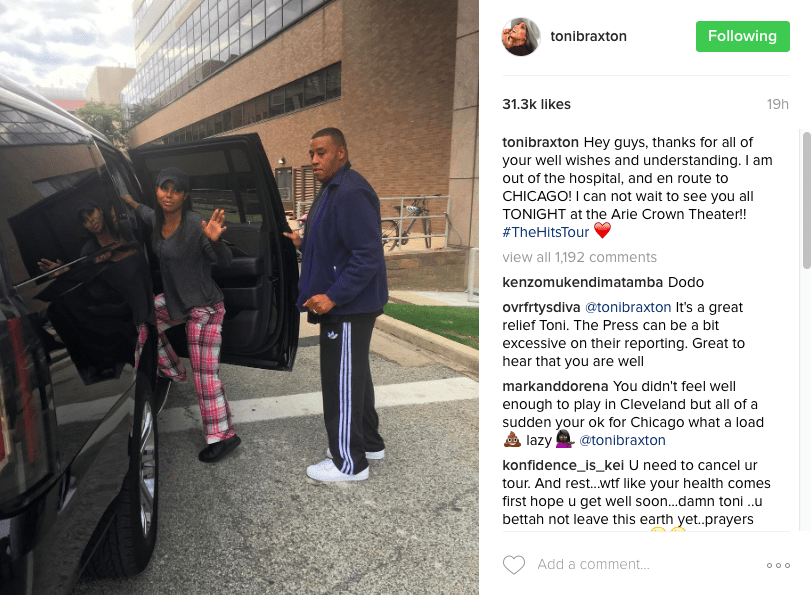 A few days ago, Braxton’s camp announced an unexpected hospitalization.

A spokeswoman says singer Toni Braxton is at home after spending several days in a Los Angeles hospital being treated for lupus. Braxton spokeswoman Maureen O’Connor said Monday that Braxton “is resting at home and is fine.” The R&B singer revealed in 2010 that she had been diagnosed with the autoimmune disease. O’Connor said Braxton was not in serious condition but added that the disease must be monitored at all times. (USA Today)

According to recent reports, medical complications had forced Braxton’s hospitalization.

Toni Braxton’s laid up in an Atlanta hospital and in serious condition stemming from her battle with lupus … TMZ has learned. We’re told Toni’s been hospitalized for 4 days. It’s unclear if she checked herself in or if she was transported by ambulance. When Birdman got the news, we’re told he hopped on a jet from Texas — where he was on the road with Jacquees — to be with her. She went public with her lupus diagnosis in 2010. (TMZ)