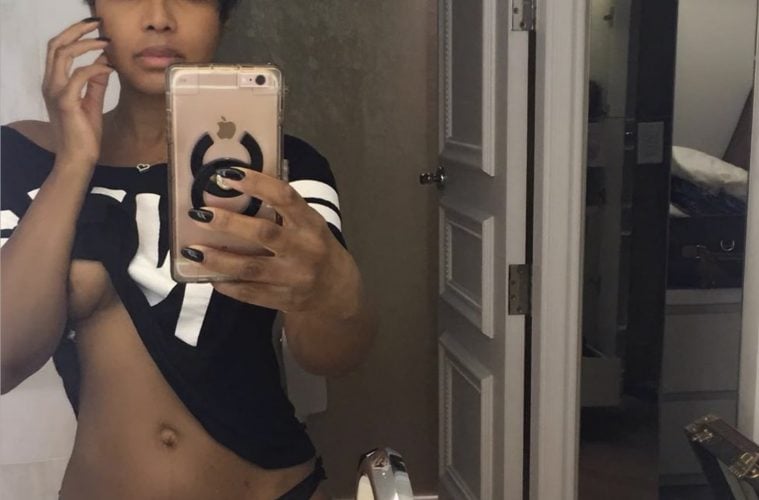 On Saturday, Braxton went to Instagram to bless followers with the unexpected, borderline NSFW pic.

In February, Braxton’s rumored former fiancé Birdman went to Instagram with a must-see pic of himself and the R&B veteran reunited.

Days prior, Baby surprised Toni at one of her As Long As I Live tour stops in Atlanta.

Toni Braxton got an incredible surprise when she was performing in Atlanta on Jan. 23 — her fiance, Birdman, showed up onstage! Birdman surprised his woman by walking up behind her in the middle of the show, and she looked absolutely thrilled to see him. Toni embraced Birdman in a long hug, and then took him by the hand and pulled him offstage so they could have a moment away from the crowd. Interestingly, this sweet show of affection comes just three weeks after Toni and Birdman sparked speculation that they had broken up. (Hollywood Life)

A few months ago, reports emerged about Toni and Birdman low-key calling it quits on love.

It looks as if the power couple has called off their upcoming wedding, based on their latest social media updates. Speculation ramped up when Birdman updated his Instagram Story yesterday, writing, “It’s over…” He later deleted the post and scrubbed his entire account clean. Similarly, Braxton removed every picture from her Instagram account. The 51-year-old “Long as I Live” singer then posted a single picture of herself in a red dress, writing, “Starting a new chapter isn’t always an easy choice…but ALWAYS choose to be chosen. Cheers to a new year.” (E! Online)