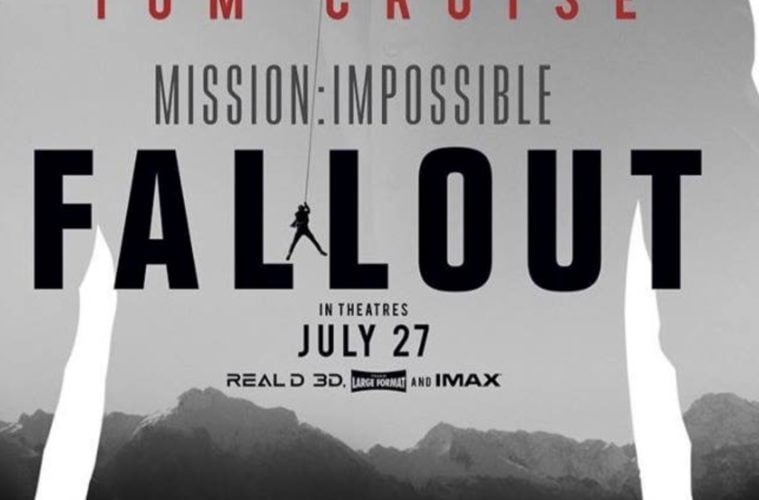 Hollywood heavyweight Tom Cruise is back as Ethan Hunt and may be up against his most impossible mission in the franchise. Hunt and his crew are still up against the Syndicate, but they pick up some new allies this time around.

Added to the cast for this one is Superman himself, Henry Cavill and Angela Bassett. The action-packed franchise appears to be reaching its climax with this latest installment. Mission Impossible: Fallout looks to be the next big time summer movie.

Known for its intense stunts and twists and turns, let’s get into those top five reasons you should get out next week to check out this newest installment in the Mission Impossible franchise. [Check out each reason and grab your free screening passes!]

Say what you want about the guy, Tom Cruise puts out some really good movies. He is becoming a bigger box office draw now than he has been in a long time. Cruise has been all about action movies as of late and they have been greatly entertaining. I don’t believe he is interested in the Jerry Maguire type roles anymore. Known as one of the top actors of the past 40 years, is now turning into one of the big action stars in the past few years. He’s doing his own stunts in most cases, just look at the last Mission Impossible movie, he was tied to the airplane, for real! Tom Cruise as Ethan Hunt is a sure fire reason to check out this latest installment.