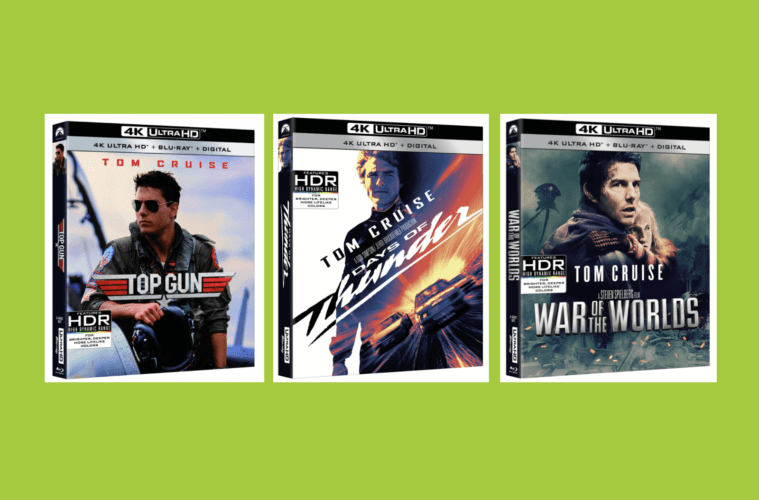 Hollywood superstar Tom Cruise is officially taking over Tuesday. The action hero’s classic Top Gun, Days of Thunder and War of the Worlds are all arriving in remastered 4K Ultra HD formats for everyone’s at-home goals.

Peep the official details below and enter to win your own copy!

Easily one of Tom Cruise’s classics of his career. Well before Mission: Impossible made him a franchise spy, Cruise flew high in the sky with this classic. Buckle up for Top Gun‘s remastered 4K Ultra HD release and bring it home today.

If you’re a fan of fast-paced action – especially with NASCAR coming back as one of the first live sports this past weekend, what better thrill ride could you ask for than Tom Cruise’s Days of Thunder. Grab your remastered 4K Ultra HD release today.

Celebrating its 30th anniversary in 2020, DAYS OF THUNDER reteamed director Tony Scott, producer Jerry Bruckheimer, and Cruise in 1990, following their massive success with Top Gun.   Featuring some of the most spectacular racing action ever captured on film, the movie further cemented Cruise’s star status.  The new 4K Ultra HD release* includes a brand-new featurette looking back on the production with Bruckheimer.

War of the Worlds

Tom Cruise took it all the way back to action-packed fighting with War of the Worlds. The crazy alien invasion movie still goes down as one of his biggest blockbusters. Relive those moments in its new 4K Ultra HD remastered release now.

Directed by Steven Spielberg, WAR OF THE WORLDS (2005) celebrates its 15th anniversary in 2020.  Cruise took on the starring role in this contemporary retelling of the H.G. Wells classic, which earned over $600M worldwide.  The new 4K UHD/Blu-ray Combo Pack includes access to a digital copy of the film, along with over an hour of previously released bonus content, including multiple behind-the-scenes featurettes, production diaries, a look at the characters, and more.

Enter to win your own copies below!