Timbaland Gives Everyone A Listen To His Secret Aaliyah Track [Audio]

Grammy-winning producer Timbaland has treated fans to a preview to a posthumous track with late singer Aaliyah.

Footage of Timbo in a studio with Aaliyah’s vocals playing has surfaced.

Check out the track Aaliyah has landed on the next page…

On Tim’s upcoming King Stays King mixtape, he has a posthumous track with his late friend. 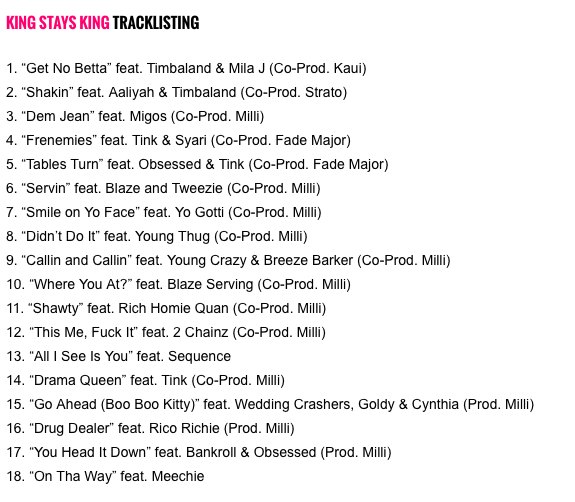 A few days prior, Tim teased fans about something with Aaliyah brewing up. Last spring, Tim dished on his love for the late musician during a concert.

“I don’t touch baby girl’s records—you know that’s Aaliyah. I was riding home one day. Sleep. She spoke to me in my sleep and said, ‘[Tink]’s the one.'” (The FADER’s Instagram)