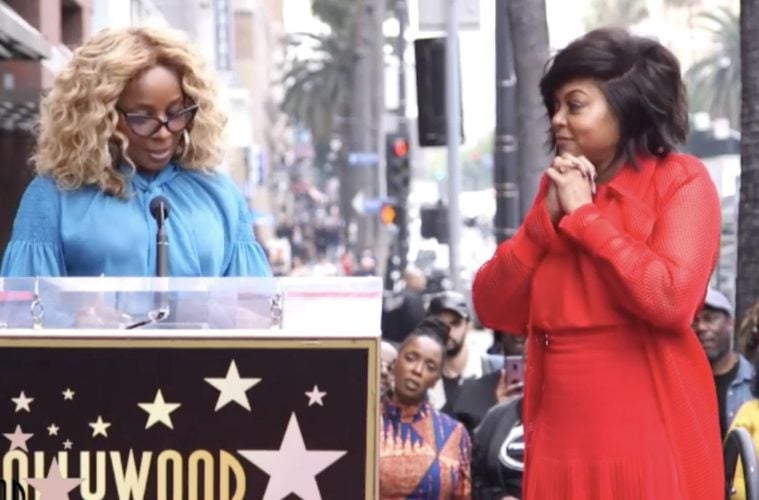 Canadian hip-hop artist Tory Lanez is making sure his name goes down in the rap battle record books but “Empire” actress Taraji P. Henson is getting some real respect placed on her name. Everyone’s favorite “Cookie” has received a star on the Hollywood Walk of Fame.

On Monday, Henson received the rare honor and used the opportunity to push the culture forward.

Getting a star on the Walk of Fame “really confirms that in spite of the circumstances in your life whether you were born into them or they just happened along the way, it doesn’t matter because with God, all things are possible,” Henson told City News Service. “I want to say to all of the little brown babies all over the world, ‘Look at me and see you.’ I was a single mom, raised by a single mom and lived in the hood,” the 48-year-old actress said. “I never focused on my circumstances. I focused on my dream and looked at God. The Hollywood Walk of Fame is a journey through history and today my legacy will be forever etched in the history of Hollywood. I’ve worked so hard for this. It’s surreal.” (NBC San Diego)

Henson made sure to hit up her Instagram page to reflect on the life-changing moment.

Recently, Taraji talked about the success of her hit “Empire” TV series.

“I’ve been told my entire career [that] black culture and black projects don’t sell well overseas,” she says. “Then, all of a sudden, it’s a major hit [there] because people started streaming it illegally; the people forced Fox to sell it abroad. That blew me away.” (Variety)