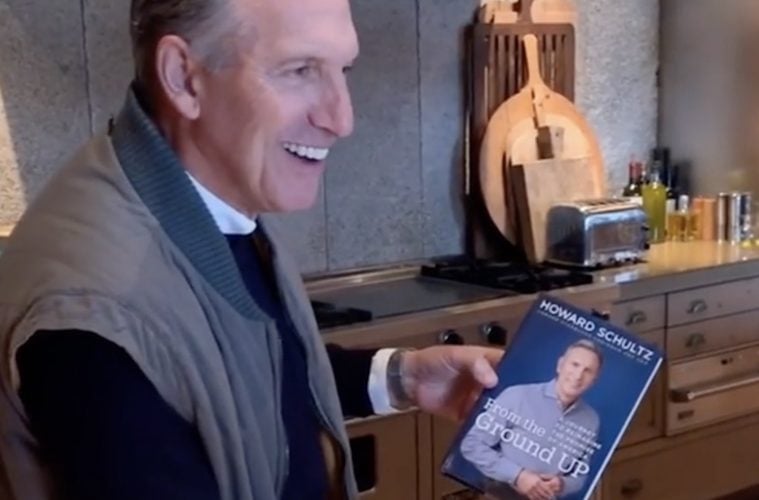 Vixen Amber Rose is relying on social media to let her personal feelings loose on potential soulmate Alexander “AE” Edwards and former Starbucks CEO Howard Schultz is relying on Twitter to shake up the world with hints at a 2020 presidential election campaign.

Last night, Schultz made a rare Twitter appearance to announce his interest in running for head of state next year.

Despite the idea of taking President Donald Trump out of office, Schultz has some politicians believing his run could keep him in the White House for another term.

Julián Castro, a former Housing and Urban Development secretary under President Barack Obama and a contender for the 2020 Democratic presidential nomination, urged the former Starbucks CEO to not pursue such a run. “I have a concern that if he did run, that, essentially, it would provide Donald Trump with his best hope of getting re-elected,” Castro said on CNN’s “State of the Union.” (NBC News)

Social media has had mixed reactions to the buzz and didn’t hold back on speaking out.

Vanity projects that help destroy democracy are disgusting. If he enters the race, I will start a Starbucks boycott because I’m not giving a penny that will end up in the election coffers of a guy who will help Trump win. https://t.co/epUYVrcEg8

I’m an American political historian and I can assure you that the only thing you’ll accomplish by running for president as a centrist independent is helping re-elect Donald Trump.

Earlier this month, Senator Kamala Harris announced her intent to run for president.

I'm running for president. Let's do this together. Join us: https://t.co/9KwgFlgZHA pic.twitter.com/otf2ez7t1p

Americans deserve a president who will fight for them, hear them, care about them, and put them in front of their own self-interests.