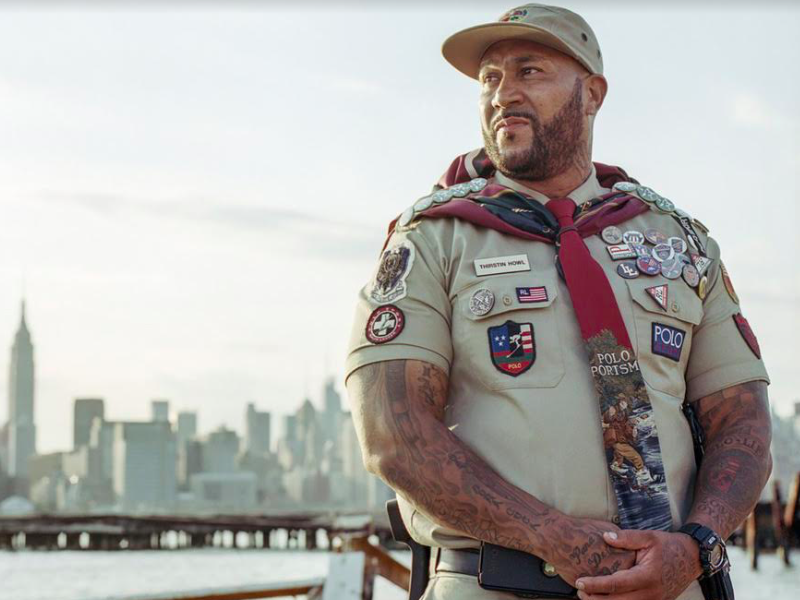 Thirstin Howl The 3rd’s Top 5 ‘The Cipher’ Gems: “We Were The Streets’ [Audio]

[The Lo-Life general himself, Thirstin Howl the 3rd, recently sat down with hip-hop personality and SOHH correspondent Shawn Setaro on his popular “The Cipher” podcast. Listen to the full interview and check out five gems he dropped during the Q&A.]

On why he started saving all his photos:

“That came from being poor and not having anything, and wanting to savor the moment. We came from a background where we didn’t have anything. That’s how come our clothes lasted 20 years, because we would do anything to preserve them and keep them new. All that came from the lack of having. Any time I looked good, I wanted proof.”

On the Lo-Lifes’ fashion sense being adopted by rappers:

“By ’86, a lot of things began to change in hip-hop, even the fashion. The b-boy fashion started to change. By ’86, the shell toes were getting played out. The Pumas, the Lee jeans were already a no-go. The bell Kangol like LL wore was played out by ’86. The sheepskin was now played out. These were things that dominated New York City style and fashion. So many things were seen as trends that were dying, and breakdancing kind of fell into that.”

“I’m a very creative person. Regardless of my life, my music is about creativity. When I first started rapping, all my songs were so comedic that my friends couldn’t see me like that, because I became a character.”

On how he developed his punchlines:

“My punchlines come from being attacked by thirty people a day on rice and bean jokes and Puerto Rican jokes, so I’ve got to counter these jokes. We were all real big into the mother jokes and all that. I believe this is what developed the Thirstin Howl punchlines, being such a ranker and making fun of motherf*ckers all day long.”