Previous Next
Up Next
https://www.businessinsider.com/trump-was-abruptly-rushed-out-of-the-briefing-room-2020-8
As seen on SOHH.com - follow @sohh @sohhdotcom
3.3k Views Comments Off on They Shootin’? Kanye West’s BFF Donald Trump Legit Dodged Bullets At The White House Today
Share

Grammy-winning rapper Kanye West‘s publicized pal and current president of the United States felt like his life was on the line today. President Donald Trump has come forward to confirm reports about being escorted from a a White House briefing Monday over a shooting.

On Monday, Trump made immediate headlines after getting rushed from his briefing room in the White House with media. To make things even worse, no explanation was provided to the media until he returned.

Trump had spoken for only a few moments before he was ushered out of the room. The president returned to the briefing room moments later and announced there’d been a shooting near the White House. Trump said law enforcement shot a “suspect” and the person was being taken to a hospital. “There was a shooting outside of the White House. And it seems very well under control,” Trump said. (Business Insider)

The Secret Service even relied on some Twitter fingers to keep Americans updated. While details are still scarce, an officer-involved incident ultimately sparked the shooting.

“The Secret Service can confirm there has been an officer involved shooting at 17th Street and Pennsylvania Ave. Law enforcement officials are on the scene. More information to follow. … Update: the investigation into a USSS officer involved shooting is ongoing. A male subject and a USSS officer were both transported to a local hospital. At no time during this incident was the White House complex breached or were any protectees in danger.” -Secret Service’s Twitter

A few days ago, Trump’s pal Kanye West made headlines for not making the minimum amount of signatures needed to appear on an Illinois presidential candidate ballot. 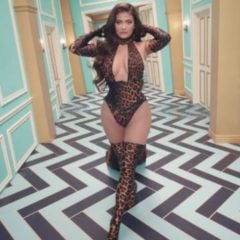 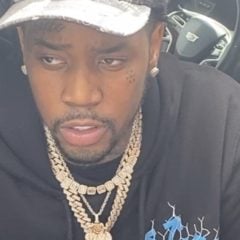