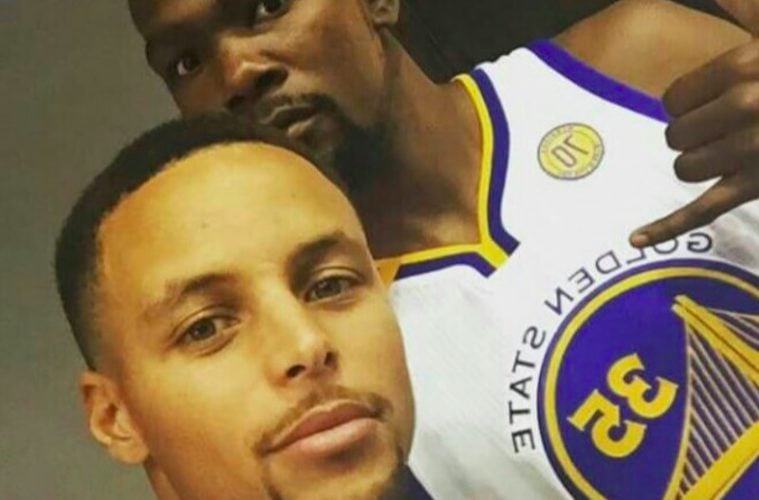 The Golden State Warriors are just three games away having their NBA Finals championship striped. The Internet is determined to make the defending champs feel the pressure with some savage pro-Toronto Raptors memes.

Over the past few hours, social media has lit up Dub Nation following their Game 1 loss to rap star Drake‘s Raptors.

Prior to Game 1 starting up, Drake made sure to troll Steph by donning a throwback Raptors jersey from his dad’s days in Toronto.

Earlier in the week, the NBA commissioner addressed Drake’s now-infamous court side antics.

“I think in the case of Drake, as I’ve said before, I mean we certainly appreciate his superfan status, and I know he’s beloved in the community of Toronto,” NBA commissioner Adam Silver said, via ESPN. “… But at the same time I think there are appropriate lines that shouldn’t be crossed in terms of how a competing team is addressed or the officials for that matter… As I said, you know, the league office had conversations directly with Drake and his manager and I think we ended up in a good place.” (CBS Sports)