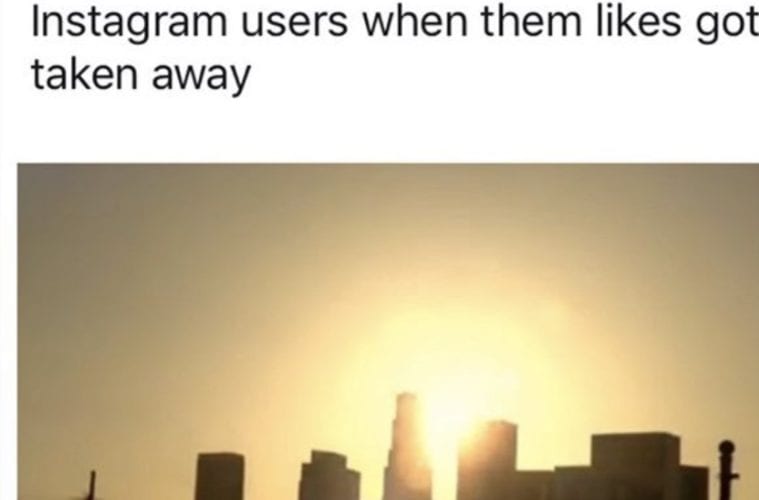 Rob hit up Instagram Thursday with some must-see savage trolling.

On Thursday, IG relied on Twitter to announce its global experiment of taking likes away.

“It’s a big ruckus right now that the likes on Instagram are getting taken away,” she said in a Friday night Instagram post. This is my opinion on it, right? So from the beginning of Instagram, we had likes. And I feel like in the beginning of Instagram, everything was so fun, people wanted to post their pictures, get likes – where I think that Instagram got a little nasty, and it just took a weird turn, was when people started to like the comments, when they were allowed to like comments or reply back to somebody’s comments.”

B also detailed coming across people leaving horrific and offensive comments on her page.

“That’s when I feel like when people started sayin’ nasty things … somebody would just say something so vile because … they want comments back,” she continued. “Some people don’t have a life … I see a lot of people dedicate they time into sayin’ some of the craziest, most absurd shit on comments, just for likes and comments back. And I feel like that’s what’s messing up Instagram. … If anything is affecting Instagram right now, it’s the way the comments have been done or have been changing these past few years. I feel people been sayin’ the most weirdest sh*t, been starting the craziest arguments, been starting to race bait because they want to get to the top, they want to get the most reactions. And that’s what I feel. The comments effect more than the likes.”