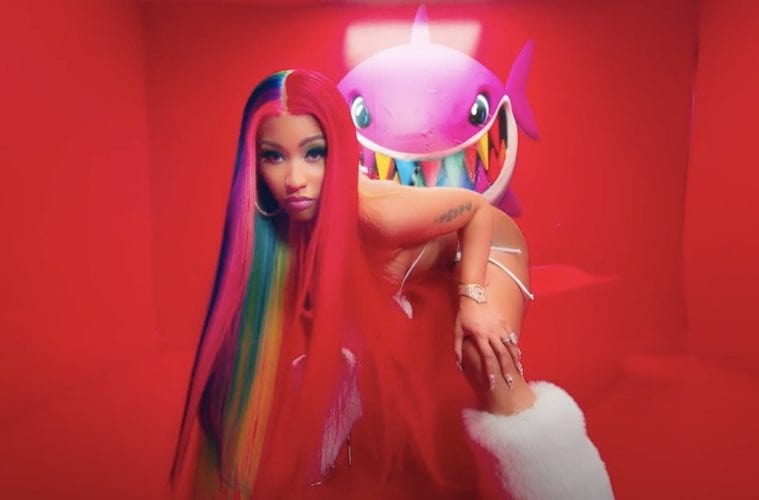 The Internet is 100 percent here for what Nicki Minaj is serving up. Social media has reacted to the Queen taking an ample shot at R&B singer Usher on her new “Trollz” song.

Over the past few hours, people have unloaded across Twitter with hilarious reactions to Nicki’s verbal swipe. The Internet has a grip of epic memes poking fun at Minaj roasting Usher.

On the new must-hear record, Nicki makes a direct reference to the crooner. Specifically, she uses lines connected to past rumors about him having an STD.

“They get nervous when it’s Nicki on the roster (Rrr)/Somebody usher this n*gga into a clinic/My flow’s still sick, I ain’t talkin’ a pandemic/I write my own lyrics, a lot of these b*tches gimmicks/They study Nicki style, now all of them wan’ mimic/Talkin’ ’bout snitches when it’s snitches in your camp” -Nicki Minaj’s “Trollz” Verse

Lyrics-decoding site Genius made the direct connection between Nicki’s lines and Usher. There’s speculation the unexpected feud stems from Usher appearing to side with Minaj’s longtime foe Lil’ Kim.

Playing-on with the word “usher,” Nicki subtlely disses the R&B singer Usher—stemming from when Usher was on an Instagram Live with Swizz Beatz, stating “Nicki is a product of Lil’ Kim.” The long-lasting fued between Lil’ Kim and Nicki dates back early to 2007, due to Nicki allegedly copying Lil’ Kim’s album covers. As “clinic” ties into the next line for a play-on words, Nicki could also be referencing Usher’s alleged herpes condition to take a jab back. (Genius)

The craziness has even sparked a major confirmation from “Trollz” collaborator Tekashi 6ix9ine. The hip-hop troll went online Friday and gave Usher a deadline to respond to her. The drama has even sparked a ton of social media reactions.