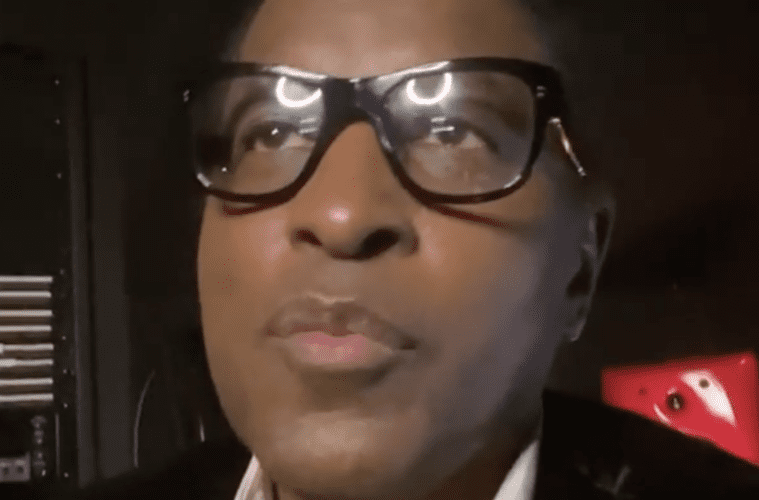 Despite mounted anticipation and weeks of preparation, the bout did not go down as planned. Saturday night, Babyface and Teddy both dealt with technical issues which ultimately forced them to postpone the face-off.

The highly anticipated Instagram Live battle between Kenny “Babyface” Edmonds and Teddy Riley didn’t turn out as expected Saturday night. Issues with the audio, specifically on Riley’s end, halted the faceoff between the two legendary producers that drew more than 400,000 viewers. It looked as though Riley was prepared for a concert, unlike Babyface who was sitting in a studio. That may have been Riley’s downfall because all viewers heard was playback and echoes whenever it was his turn to play a song. The comments were riddled with jokes about the two producers’ age — Babyface is 62 and Riley is 53 — and them not being able to use Instagram. (CNN)

Face Thanks Fans + Asks For Another Match

After the issues mounted and both entertainers logged off, Babyface went back to Instagram. He ultimately thanked fans for tuning in and asked the world to hang tight for another bout.

“I think that it’s only right that we postpone this thing until another time when there aren’t any technical difficulties, and everybody can hear the music the way it needs to be heard.” -Babyface’s Instagram

Mega producer Swizz Beatz even came forward to address the situation. Beatz came to the defense of Babyface and Teddy following technical issues forcing them to postpone the match.

“Words from the King @babyface . One thing we will all learn in life is shit happens 🤷🏽‍♂️ But we will come back stronger I promise ! #Verzuz” -Swizz Beatz’s Instagram

Despite the apologies and perspectives, the Internet couldn’t resist. Celebrities and regular folks alike lit up their pages with pure digital smoke poking fun at Babyface and Teddy Riley.