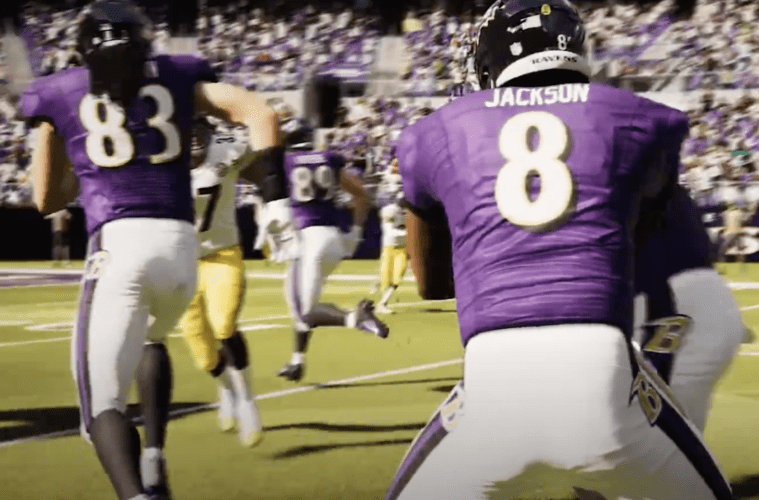 The Internet has a lot to say about the all-new Madden 21 trailer. Social media has erupted with reactions about EA Sports’ upcoming title following its global premiere.

On Tuesday, EA Sports came through with the must-see trailer reveal. Despite initially planning for a 10 AM ET premiere, Madden decided to put out the action-packed clip a few hours earlier than expected.

Heading into Tuesday, the unofficial trailer leaked across the Internet. People had a chance to look at some of the game’s features ahead of the official trailer premiere.

With EA Sports’ best-selling Madden franchise expected to hit shelves later this summer, Madden 21’s official trailer for both current and next generation consoles has leaked online. Per dozens of social media postings, the 90-second clip includes what appears to be new player animations, an enhanced tackling engine and user-controlled celebrations. Madden 21 is expected to be available Xbox One and Xbox Series X, along with PlayStation 4, the upcoming PS5 and PC. (247 Sports)

Over the past few hours, social media has reacted to the must-see trailer. While some people took note of key features and displays, others shared concerns about the franchise not evolving enough for Madden 21.

Back in April 2020, buzz developed about Lamar Jackson landing the cover of Madden 21. The honor came just after blowing the NFL away with an MVP and Pro Bowl selection season.

In what should be a shock for no one, Baltimore Ravens quarterback Lamar Jackson announced he’s the new cover player for EA Sports’ “Madden” franchise. He’ll become the second Ravens player to grace the cover of the long-running video game franchise, following Hall of Fame linebacker Ray Lewis, who was on “Madden 2005.” (USA Today)