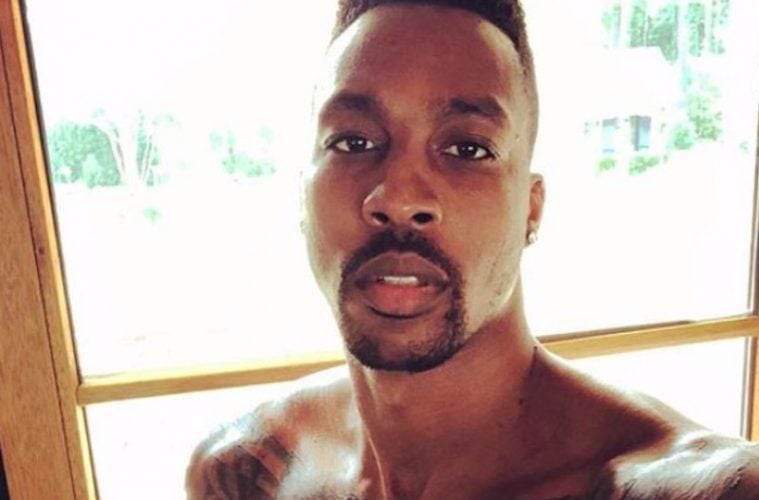 Washington Wizards star Dwight Howard has turned into a trending topic for his alleged off-court interests and personal life. New reports claim the former All-Star has a connection to a gay man.

According to reports, a man has come forward to rip D-Howard with a ton of scandalous sexual claims.

A gay man named Masin Elije put NBA star Dwight Howard on blast for allegedly being in a relationship and allegedly attending transgender sex parties. According to Masin, they talked and met up, he was really into Dwight and the two allegedly began a romantic relationship. Things reportedly went sour after Howard allegedly started hooking up with someone else, and wanted Masin to sign an NDA. After he refused Dwight’s camp allegedly started threatening him, and he then decided to put everyone on blast. (Bossip)

The accuser has relied on social media to speak out on the drama.

I was afraid to speak but today my life was threatened after I was sexually harassed, threatened and manipulated, by someone I respected, my ex boyfriend NBA player Dwight Howard, and his camp also “”catfished”” by his disrespectful ass PASTOR pic.twitter.com/n1I1fwDcUw

Before we start, I just need to say this is really about his team and his crooked PASTOR threatening my life over an unsigned NDA and he has been trying to intimidate ME into taking “hush money” for what they did to me.

I began to be STALKED and harassed by this person FOR DAYS. They even called from Russia pic.twitter.com/0xxp562Wnb

Over the last 24 hours, the Internet has had mixed reactions to the drama.

The breaking news about this should be that Dwight Howard, a man in a position of power, harassed and stalked this person. NOT that he’s into transgender people. https://t.co/rOPYxcF6Yu

Hopefully the Dwight Howard situation shines a spotlight on the increased violence and threat of it trans individuals face, especially the higher rate trans people of color face. #NBA #NBATwitter

The lengthy thread of tweets included purported audio proof of a conversation with Howard about him acknowledging a sexual relationship with Elijè‏. And while a person’s sexual orientation isn’t remotely newsworthy, that context was important to mention because Elijè‏ also made a similar accusation on Twitter last year against rapper Playboi Carti. (Chicago Defender)