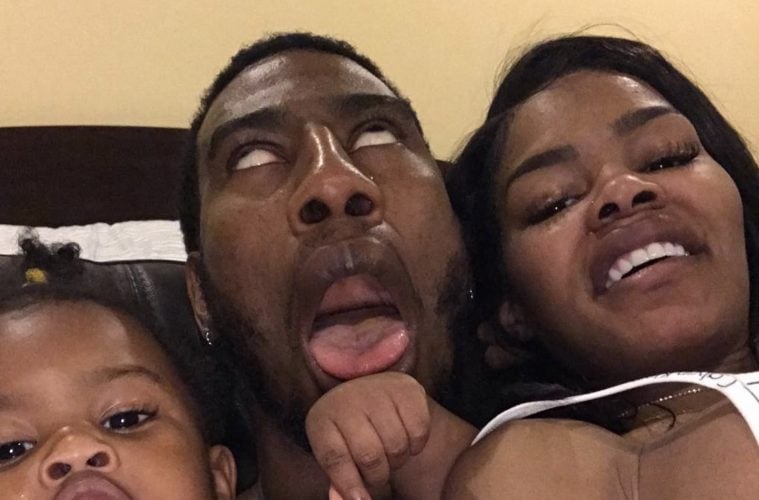 Teyana went to Twitter to put a super swift end to the speculation.

1. I’ve never seen/touched that girl in my life. 2. My page is gone because I’m upset at @defjam for not dropping my damn “WTP” video on time, per usual. 3. It’s really sad that lies are entertained so much than the truth. 4. Iman is not dumb he know I’d kill him 😃 End of story. https://t.co/FCdG0c1VIr

Everybody will act like they don’t see this part tho 🙄 lol https://t.co/A74RtPQFsE

Cause it’s a baby picture! you answered ya own question lol you gotta be at a high level of insecurity to get mad over heart eyes on a innocent/baby pic. I’m just not that girl, I’m sorry. That doesn’t bother me. https://t.co/ybMKxyvcBv

Shumpert went to his Instagram Story to shut down the drama and promise legal action.

This week, reports went viral about Shumpert possibly being the father of an adult star’s child.

Social media immediately reacted to the widespread rumors and speculation.

Yo, I know this isn’t in the MLK Day talking points but IMAN WENT AND HAD A BABY ON TEYANA??! pic.twitter.com/1x8fTkihKW